Marq Electronica is a one-man music machine hailing from the North-East, UK. Having organised musical events and performed for over a decade now, Marq has mustered the confidence to release his long awaited solo material. With the support of his bandmates and fellow local artists, Marq dives headfirst into his first solo project with the pure funk anthem ‘Get Down and Work It Out.’ This song will have you desperate to escape lockdown and get to your nearest nightclub! 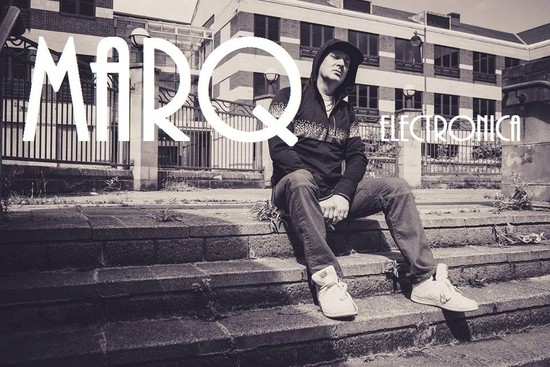 So go and play this song through your headphones or speakers and dream about dancing in one of those fab venues that has inspired Marq so very much. In his own words: “When I wrote this single, I was listening to a lot of house music and out clubbing every weekend and wanted to capture the fun and energy and unity of those amazing nights. However, this song almost didn’t happen. I had a few spare hours of studio time that I had paid for and so we worked on the track because I wanted a funky, fun song not as serious as the other music I had recorded. It just grew in collaboration with my brilliant producer at the now defunct Rock It Records. We both really knew what the other wanted from the track and it was great to have that synchronicity and understanding. We had a lot of fun creating it.”

Marq is originally from Middlesbrough, and has been living in Newcastle-upon-Tyne – also in the North-East, UK – for the majority of his life. He has been working as a singer, collaborating with local artists and fronting the synth rock band Sapien Trace. Marq is an an energetic and highly charismatic performer, and now he also proves himself to be very versatile, able to work across multiple genres. You know when Marq is in a room, and he never fails to entertain when performing live – you can usually find him leather-clad, complete with clunky biker boots and wearing the funkiest shades you’ve ever seen.

Marq Electronica is influenced by RnB and electronic artists from Missy Elliott to Daft Punk, Fever Ray to Goldfrapp and amazing groups like Massive Attack. A highlight of his solo career to date is performing at the Pride on Tyne a few years back, and more recently, setting up a successful “Musicians Against Homelessness” gig which raised a lot of money and saw Marq perform alongside other fantastic, local electronic artists.