The relationship between the two superpowers of China and the U.S has been frosty of late. In fact, some have described them as hitting an all time low, including the decrease of the number of gamblers who play slot games. One has blamed the other for the Corona Virus pandemic and accusations have been exchanged between the two nations. Donald Trump describes it as a Chinese virus and the Chinese think the America Military are behind its release across the globe. Despite all this, both countries rely on each other for trade and other business exchanges and this helps to prop up both of their economies. 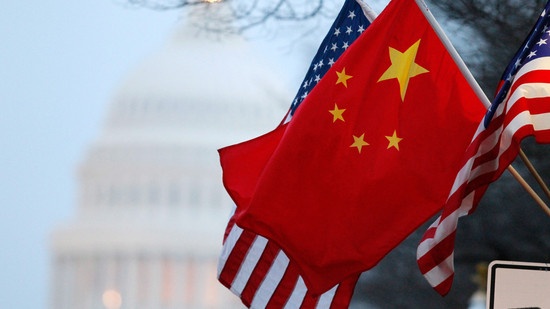 U.S and Chinese relations have never been easy ever since the Chinese Communist Party leader Mao Zedong established the People’s Republic of China on October 1st 1949. A year later saw the outbreak of the Korean War. North Korea, the Soviet Union, South Korea and the United States were all involved.

The Taiwan Straits Crisis that saw America threaten China with a nuclear attack in the spring of 1955 followed this. The Tibetan Uprising added more tensions in 1959. It wasn’t until 1971 when relations between the two showed signs of improvement. By 1972 President Richard Nixon visited China and signed the Shanghai Communique that allowed China and the U.S to discuss difficult issues that divided them, such as Taiwan. Things continued to improve until June 1989 when the world witnessed the Tiananmen Square Massacre.

In February 2012 the U.S trade deficit with China was at an all-time high of $295.5 billion. By 2018 Donald Trump was beginning to make his mark by announcing tariffs on Chinese imports worth at least $50 billion, in direct response to alleged Chinese theft of U.S technology and intellectual property. The tariffs targeted steel, aluminum imports, clothing, shoes and electronics. In July 2018 Donald Trump imposed fresh tariffs totaling $34 billion and by May 2019, the trade war intensified further.

Despite their huge differences, they both have something in common. China and America are the homes of the biggest gambling resorts on the planet. In fact, Macau is approximately 6 times larger than Las Vegas. Many Chinese tourist, visit Las Vegas and if they no longer feel welcome in Trump’s America, then Vegas will suffer revenue loss. America will not want to pull their casino brands from Macau either, as again they will take revenue hits. Online slots are an important part of the gambling make up of Macau and Las Vegas and the Chinese gambling public is an important consumer of online slots from American providers. Online slots are very popular at present and the revenue from them is at record levels.

However, with new restrictions being introduced around the world because of problem gambling, the online slots industry in the west would not like the collapse of the gambling unity between America and China to occur. The preferred solution once casino resorts can fully open again, would be the continued cooperation gambling wise, between these two great nations and this will help the online slots industry to continue to thrive.