The essence of one’s environment will affect their outlook and angle in life. J and Jacob of JamLive have always been prompted by the perpetual changes in their journey; music was their singular constant. The Dublin based duo crossed paths in high school and after a bit of separation due to schooling; J (vocals) and Jacob (drums) decided to be in musical unison with their shared creative vision. JamLive is profoundly influenced by Radiohead and U2; their familiar rock style is now fused with an acoustic/alt sound. 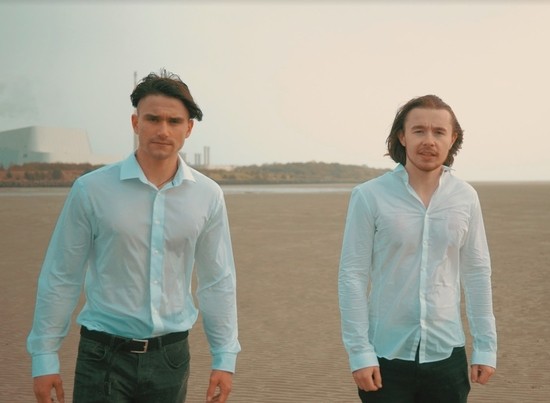 JamLive focus heavily on the audio element and put just as much effort into the visual component. Each music video is like a film project: it portrays the story that J and Jacob crafted. Altogether, the introspective music that JamLive releases is meant to share their experiences while also connecting to each listener’s individual story.

The audience feels every emotion possible when watching JamLive’s debut music video, “Stay.” J and Jacob are dressed up while performing on desolate land; the camera cuts to a flourishing narrative of the highs and lows of a new relationship. The honeymoon phase is short-lived, and during the bridge, all we know about the couple’s connection takes a drastic turn. J uses his voice as an instrument and belts out “oohs” and “ahs” so dejectedly that it parallels in the arguments and tension of the once-perfect pair.

Hand holding turns into arms crossed against the chest, and bus snuggles shift into separate seats in different rows. We begin to lose hope when the reoccurring house party they met at only encompasses half of the couple- the guy. Yet, when he sits down disheartened, he is greeted by the soft, warm smile we are all familiar with from his other half who just walked through the door.