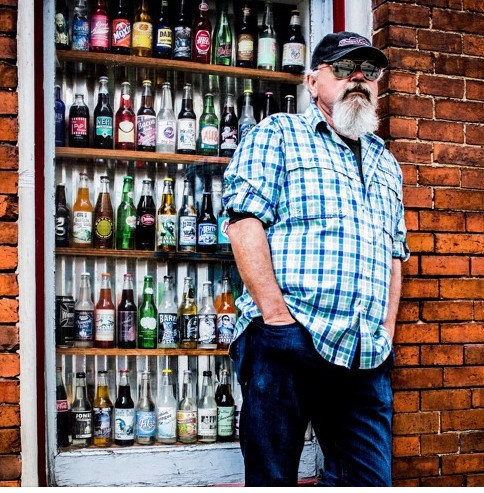 2020 has been producing a lot of intriguing content among independent players, and so far, to say the year’s output has been superior to what 2019 had to offer would be too great an understatement to make. Artists like Whitebeard, aka Alan Curtis, who found some success with the record Plaid Is the New Black in 2019, are forging ahead this year, and refusing to take the standards set forth by the status quo musicians of the world even somewhat seriously. Whitebeard’s new single “Dream of Me” and its music video expand on a lot of thematic elements found in his last album, but with a wholly exotic twist. A hint of reggae enters the fold right out of the gate here, and even though it’s complemented by an Americana-infused take on rock n’ roll, it doesn’t sound particularly muddled or overly alternative by design at all. Singer/songwriters have been given quite the challenge in keeping pop interesting in this brave new world, but for talent like this, it’s not as daunting a task as it would be for his less than sophisticated contemporaries in and out of the Canadian underground.

The strings in “Dream of Me” are evocative as any of the lyrics are, and in the first half of the song, I think they set up the narrative better than anything else could have. The percussion here is pretty loud in the master mix, but I think it needed to be in order to create a sense of consistency beneath the somewhat uneven rhythm of the melodic instrumentation. The bassline contributes some contrast to the track that would have been a little out of place were it not joined with a larger than life drum part, and to some extent, this kind of aesthetical hybridity is what Whitebeard has become known for in the past three years. He clearly doesn’t have any desire to blend in with the crowd; if he did, he definitely wouldn’t be going out of his way to make even simple artistic amalgamations like rock and reggae feel as multilayered and highbrow as they do in this single.

Honestly, Whitebeard’s music has yet to let me down as a critic or as a fan, and I get the impression that what I’m hearing in “Dream of Me” is a gilded sneak preview of what his upcoming endeavors are going to sound like. There aren’t a lot of players who have a cut and dry appreciation for the simple stuff left anymore, but this is one artist who I can tell has a genuine love for the intricacies that turn a basic song into an anthem of emotionality. He isn’t necessarily breaking the mold with “Dream of Me” or its party-sparking music video, but I for one don’t think he wanted to. Whitebeard is out to make music for times both good and bad, and right now, the earth is definitely going to benefit from the feel-good energy he’s serving up in spades with this hot new release.