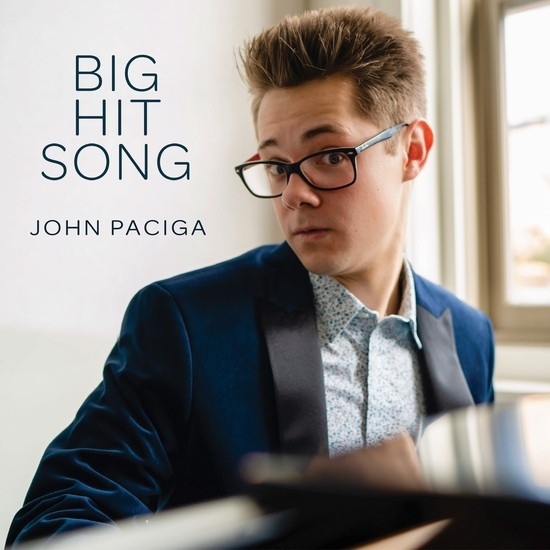 All over America, at this very strange time in history, thousands upon thousands of talented young artists are shut in basements and bedrooms with musical instruments. Although they play in dozens of different styles, they’re united under a single objective: they’re there to write a big hit song. They’re determined to put the right notes and right rhythms in a sequence that will prompt America to sing again – even before the quarantine lifts. And you know it as well as we do: one of these kids is going to be successful.

Why not John Paciga? The singer-songwriter has plenty going for him. He’s multi-talented: as his new video demonstrates, he’s a one-man band capable of playing piano, bass, drums, and guitar with equal facility. He’s got a great ear for fidelity, and he’s got preternatural skills as a recording artist – his tracks, no matter how home-made, always sound terrific. Paciga’s sense of humor is readily apparent, and even though he’s a big believer in classic song-craft, he never forgets to have fun. Beyond all that, he’s got a discography that any young musician would envy. He’s been making and releasing accomplished, well-realized piano-pop records since he was in his early teens.

“Big Hit Song,” his latest single, is an acknowledgment of the artist’s ambitions. The video – which was made in its entirety by Paciga during the period of home isolation – is a tongue-in-cheek look at the vagaries of the pop audience, and a wish on a star. Paciga wants to connect, but he knows that the crowd is fickle and the decision-makers at record companies are notoriously impatient. He’s tackling the problem in the only way he knows how: with performances as energetic and melodies as buoyant as anything you’ll hear on the charts. As he’d be the first to acknowledge, the rest is up to the listeners.

Paciga calls New Jersey home, and like everybody who does, he’s become intimately familiar with the dynamics of quarantine. The Garden State has been hit as hard by the crisis as has anywhere on earth, and there’s no telling when life will get back to normal. To keep from going stir-crazy, Paciga has been giving his instruments a workout, and in the “Big Hit Song” clip, he’s got his hands on all of them. For three and a half minutes, his suburban basement is as lively and welcoming as any pop-rock club. It’s no substitute for the real thing, of course. But until the day when we can get back there, Paciga has given us something to sing about – and dream about, too.