Bursting out of the silence like a sunbeam in the first few moments of a new day, Heartour’s R U IN smacks us in the face with a blistering beat courtesy of “Brain” that instantly makes any melody-lover want to move. In this opening cut, Jason Young’s voice is cushioned by a velvety synth harmony serving as a perfect backdrop to his verses, with every word he sings finding an instrumental extension almost seamlessly. The mystical marriage of flamboyant grooves and melodic ribbonry doesn’t cease as we sink into “Refill the Fountain” and its decidedly dreamlike counterpart “Let the Robots Drive,” instead getting more powerful as the record plays on. Heartour might not be a household name, but in this LP, he’s certainly performing like he is. 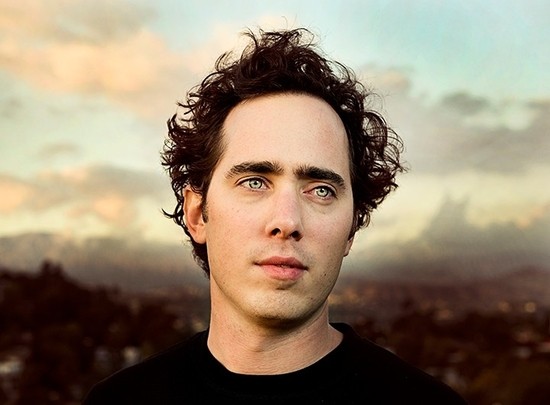 “Dreams to Come” gushes with a synthy harmony that is straight out of the retro punk playbook, but I wouldn’t call this song a throwback entirely. Next to the eccentric “As Far As We Go,” it definitely doesn’t conceal its influences, but in general, I don’t think any of the material on R U IN feels totally indebted to the past fireworks of legendary synth rockers now in their professional graves. “Eye on the Ball” is definitely too clubby for the conventional alternative rock model, and though it’s not as physical as the two tracks preceding it are, it stokes as hearty a flame through its rich rhythm as any of the other songs here do.

If it’s experimentalism that gets you going more than anything else, “Bubbling” will probably be your favorite track on R U IN. It isn’t so much that this song struck me as being a deliberate step away from the mainstream as it flows so much differently than any other composition on the LP. There’s a loveable unevenness to the latter half of this album that makes it so easy to play over and over (especially if you’re as into music as I am), and while “The Persuadable One” and the much-less boisterous “Dear Future” invite a bit more energy into the conclusion, they’re just as steeped in left-field aesthetics. R U IN might not fit into a traditional rock n’ roll box, but you’d be crazy to pass up its ten songs simply because of their abstract construct.

Heartour’s fifth album comes to an end with the fairly calm sway of “Baby Spiders,” but while this song might feel like a gentle wave goodbye, I don’t think it’s going to be the last we hear of Jason Young. In R U IN, Young reestablishes himself as one of synth rock’s premier players, and if he can stir up the same momentum for himself as he did over a decade and a half ago, I think this era of his career will be even more prolific than the last was. I’ve become a big fan of Heartour all over thanks to this record, and once it finds a home on college radio, I believe my sentiments will be shared by scores of audiences everywhere.