Jane N’ The Jungle have been heavy hitters since 2013; they come in strong and deliver even stronger music. Their tidal wave of musical background, including singer Jordan White’s theatre schooling, Brian Dellis’s self-taught guitar skills, and Bryan Dague’s phenomenal bass playing, creates a perfect mesh of 90s alternative and modern rock. Artists like Brandi Carlile and Third Eye Blind have inspired the trio to adopt a writing style that is wholly independent while still relatable. 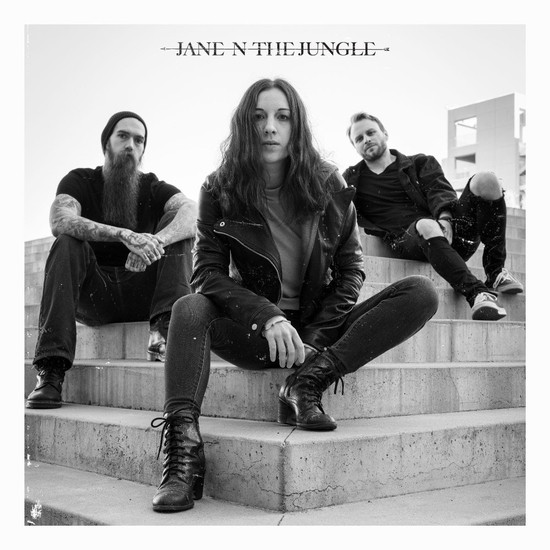 The Arizona natives have established their presence in their local scene but have expanded their reach through industry recognition and digital growth. Jane N’ The Jungle upholds original music licensed on Honda commercials, a Ford sponsorship for their first album, Concrete Jungle, and over 1 million Spotify streams.

Compared to their other clips, Jane N’ The Jungle minimizes the scenery in their music video for “Animal.” The song was produced by Grammy Award-winning Producer/Engineer Chuck Alkazian and every minute reigns distinctive and compelling energy. They stand tall in front of a clean white background surrounded by only the essentials: their instruments.

Their candor is accentuated by effects like a rectangular outline highlighting each member in their prime. When the band touches on the topic of addiction, the video begins to blur and overlap, recreating an altered state of consciousness. The finale finds Jordan on her knees, seemingly dissipated with still enough flame that cannot be doused.