Imagine if Neil Young, Lenny Kravitz and Pink Floyd got together to form a band. You would have some amazing lyrics, more soul than you’d know what to do with, and a few shades of psychedelic to keep you pinned in your seat. John Daniels Band are here to put that theory to the test. 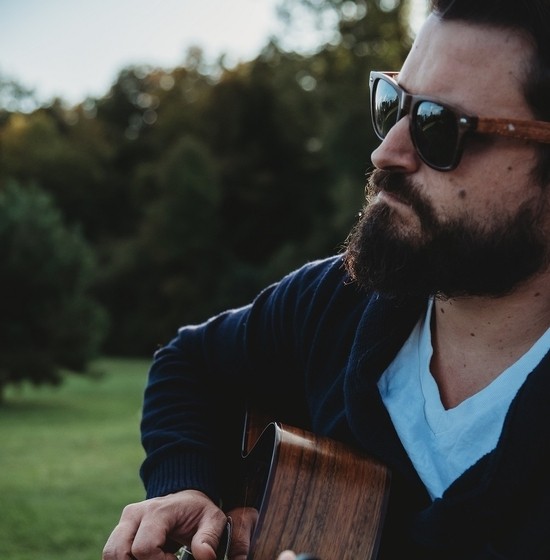 JDB’s style is a seamless union of indie, country and folk music that feels hauntingly familiar and refreshingly original. Comprised of John Verbocy, Drew Azzinaro, and Kevin Urso, who is also the band’s producer, they fuse acoustic and electric guitars with well timed percussion, creating dreamy soundscapes that sound like a fantasy novel come to life. Adding a woman’s touch, Samantha Gordon accompanies the band lending her smooth and sultry background vocals.

The band is the brainchild of frontman and lead songwriter Verbocy, whose raspy, warm vocals will tug on your heartstrings and his lyrics will tease your mind. John isn’t a lyricist. He’s a storyteller who weaves emotional narratives of love and love lost. Being a two time cancer survivor, John has plenty of stories to tell and lots of emotion to share.

“And the sun will put the moon to sleep,” John sings over his acoustic guitar. His lyrics are best described as authentic and passionate, and he will be the first to tell you “there’s no filter” applied to soften his message.

Born in Buffalo, New York, John found success as a local businessman through Real Estate and opening pizzarias. But no matter how hard he worked, or how successful the businesses got, he knew he wanted to follow his true passion. Music.