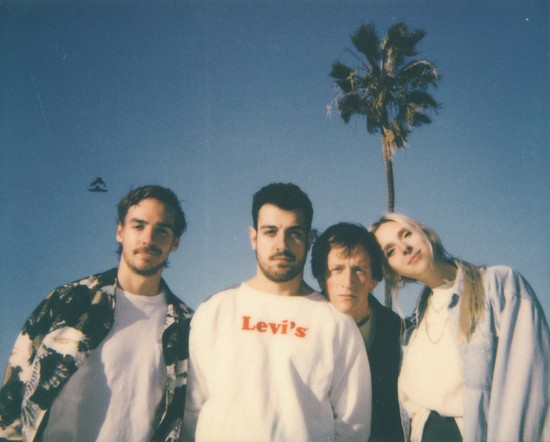 Folk pop foursome Wild Rivers share new track “Do or Die” ahead of the release of their anticipated EP, Songs To Break Up To, out May 1st. On Songs To Break Up To, Wild Rivers transpose personal experiences into relatable anthems woven from strands of folk, indie, rock, pop, country, and beyond. For its recording, they retreated to Nashville in late 2019, where they worked with producer Skylar Wilson (Rayland Baxter; Justin Townes Earle; Joshua Hedley) to expand their sonic palette by further incorporating synths, guitar effects, gang vocals, and choral harmonies. The theme of the EP was inspired by co-lead vocalist/guitarist Khalid Yassein facing the dissolution of a long-term relationship in 2018.

He says, “‘Do or Die’ is about the rockiest conditions before a breakup, where every fight feels like it could be the last. It almost challenges the other person to an ultimatum: let’s fix this now or break up. It originally started as a completely different percussive up-tempo song, but that didn’t feel right with the darker tone of the lyrics, so we planned to record a different song instead. Two days before going into the studio, we almost jokingly tried it as a piano ballad, but when Devan started singing, it suddenly felt like a really special moment that we needed to capture. We’re really glad it took a left turn at the last minute and we followed that feeling.”