Following her highly anticipated return with ‘Lento’ last month, RECORDS/Columbia Records artist Lauren Jauregui has released yet another irresistible new single and music video today. Co-written by the 23-year-old, ’50ft.’ is an ode to self-love and protection. “Some people just ain’t in touch. They haven’t really done much work and only ever see the worst.” The Cuban-American chart-topping songwriter sings. “Naturally inclined to love, but when the love ain’t flowing back, I pull away and reassess. Gotta protect me.” 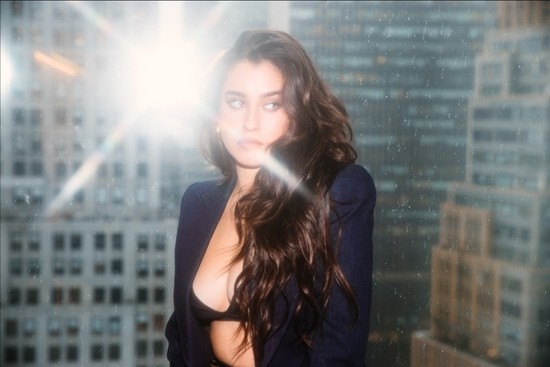 Accompanying the audio release of ’50ft.’ is an official music video, also out today. Shot in December in Florida at her family home, featuring various members of Lauren’s immediate family and close knit friends, the video was creatively directed by Jauregui and Inyegumena Nosegbe, and is a welcomed reminder of a simpler time in the not too distant past. Unwittingly, the video is a beautiful tribute to a privilege many forgot existed until it was taken away from us. Dedicated to family and friends, celebrating the bond and ability to be together, under one roof.