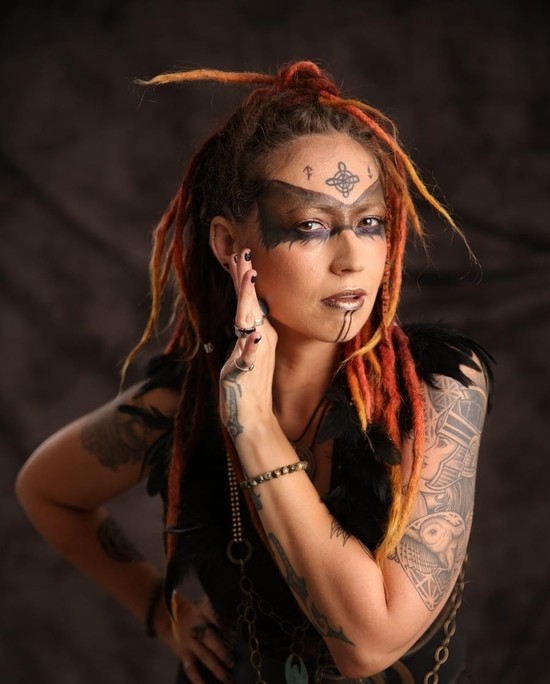 Crystal Ignite makes music supercharged with kinetic emotion. Meshing together the parallel universes of analogue and digital, the Melbourne singer sweeps through the decades, building stadium-sized rock laced with pulsating electronica and deep, heavy grooves. Her debut album Infinite Alchemy (due out later this year) is a lyrical and musical barrage – focused, purposeful and uninhibited – that tells her story in alternating waves of shadow and illumination. Led by searing first single Black Mamba, it’s as real and honest as music gets.

“The sounds blend light and dark, masculine and feminine, Yin and Yang,” she explains. “Its all about the magic of cosmic alchemy, and acknowledging shadow, which ultimately sees you end up rising higher and creating more light.” This echoes throughout Infinite Alchemy, which broadcasts a clear message that Ignite and many other artists know all too well: that a strong and powerful woman will always be a threat to some. Much like its reptilian namesake, the making of single Black Mamba has been a process of shedding skin – of growing beyond the past and into the present.