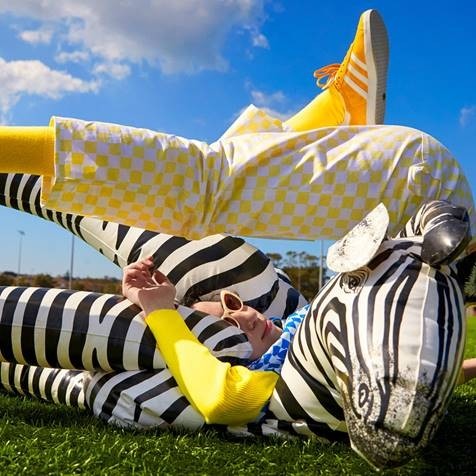 Australian alt-pop maverick E^ST has started 2020 off with a bang, releasing her new single “Fresh Out Of Love” and being announced on the 2020 Groovin The Moo line-up. She also took to the stage earlier this year in support of The 1975 frontman Matty Healy’s acoustic bushfire relief set at Sydney’s Metro Theatre, alongside Ruel, Mansionair, and KUČKA.

Today, E^ST has announced her debut album I’M DOING IT, set for release on June 12th. The album was recorded with acclaimed long-term collaborator Jim Eliot (Ellie Goulding, Anne-Marie, Halsey), and deals with heartbreak, feelings of isolation, and failure. It signals a huge leap forward in subject matter and sound from prior EP releases “Old Age” and “Life Ain’t Always Roses”, which drew plaudits from the likes of The Fader and Paper.

Following up E^ST’s 2019 bangers “FLIGHT PATH” and “TALK DEEP”–which became the number one most played song on triple j–her first single of 2020, “FRESH OUT OF LOVE” has received praise from music media worldwide.