Imagine a night spent alone in the desert. There’s nobody around for miles – nothing to shield you from your fears and wildest imaginings. Out of the black comes a speeding horse. It’s wild, frightening, and seemingly untamable. But if you can calm it, befriend it, and mount it, it might provide an escape from solitude. 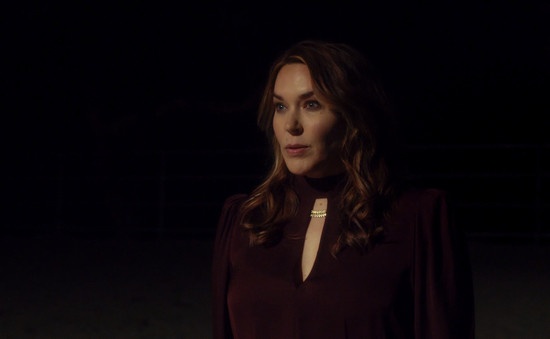 And as you’re riding that horse back to civilization and sanity, it might occur to you: relationships can be exactly like that. No matter how lost or fragile we might feel, we might meet someone who will throw us a lifeline and bring us to our senses. That someone might even be ourselves. New York pop-soul singer-songwriter Sunny Ozell knows all about the thrills and dangers of getting in that saddle – the challenges of communication, the hazards of anxiety, and the peril of remaining alone. In “All That I Am,” and its accompanying video, she brings that drama to life and makes the stakes of the struggle palpable for her growing audience.

She’s had help from some of the best in the business. On Overnight Lows, her second album, and the first dedicated to Ozell’s witty, forthright original songs, she’s assembled a band of ace musicians who specialize in accompanying storytellers. The tireless Jay Bellerose, who has hit the skins for everybody from Sam Phillips to Bonnie Raitt to Robert Plant, is on drums. Bassist Andy Hess, a former member of Gov’t Mule and the Black Crowes, accompanies Bellerose in the rhythm section. Multi-instrumentalist Rich Hinman, who has punched up tracks by St. Vincent, Sara Bareilles, and many others, graces these songs with his alternately sensitive and scalding leads. But none of it would mean anything if Ozell wasn’t the magnificently expressive singer she is: a vocalist whose performance is simultaneously passionate and poised.

Ozell has also found a video director that understands that intensity – and knows exactly how to amplify it. Alissa Torvinen is young, but she’s already put together an impressive résumé. She’s shot clips for P!nk, the Black Eyed Peas, Lindsey Sterling, and many musicians who write incisively about self-determination while remaining defiantly pop. She throws a hot spotlight on Ozell in the desert scenes of “All That I Am”, making her isolation and vulnerability manifest. Naturally, the horse is powerful – but the singer looks just as majestic as the animal does. By the end of the clip, she’s broken the wild beast and is riding into the dawn, the ordeal behind her and nothing but daylight ahead.