Brendan & the Strangest Ways announces the release of the “We Can Beat Mercury” video directed by Omeri Monroe (Tuneworks Media). Through a talent-show-gone-wrong, the video takes on the satirical struggle of an independent musician trying to find an audience. The single is off the album due out later this year. 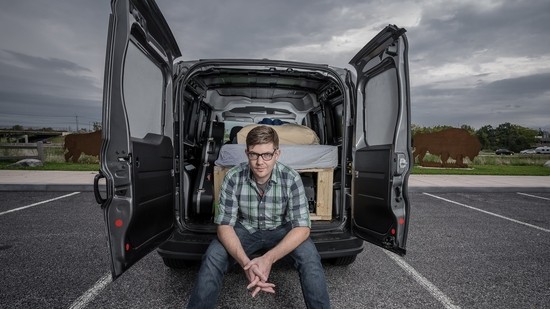 As any talent show observer knows, it’s often spectacle that grabs attention above everything else. While Brendan Shea earnestly sings his song of hope and optimism, it’s the spectacle surrounding him that gets the judges nodding their head in approval. Nothing is too over the top: ballet and sequined dancers, kickboxers, hoop jugglers all join the mix.

Shea says, “The video pokes fun at the song’s message. ‘We Can Beat Mercury” was intended to be hopeful, optimistic and earnest.’ The video allowed an opportunity to reinterpret those ideas and tell a story where the protagonist, while perseverent, never gets to overcome his obstacles.”