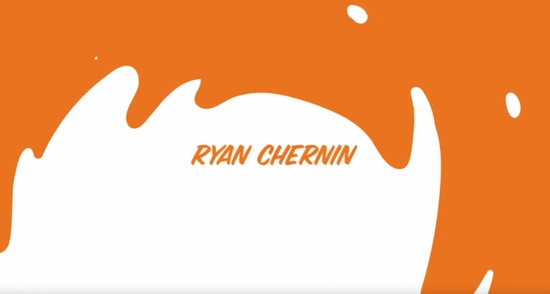 Folk focused, with a contemporary indie rock core inspired by the sounds of the 60s and 70s, singer/songwriter Ryan Chernin presents a diverse collection of songs in his debut album “You Know Who You Are.” Enjoy some good old fashioned storytelling infused with the tonal stylings of the new analog age.

“My mom has this one story – my grandmother swore by it too – that at three or four months old they were talking to me in my crib and I apparently gave them their exact intonation back,” Chernin recalls, laughing. “According to my mom, that was my introduction to music.” He insists that his real introduction was the Yellow Submarine tape she’d play for him in the car, and the piano lessons he begged his parents to sign him up for as a child.

Over the years Chernin’s parents continued to encourage his love for music and his passion for performing, knowing even back then that it was more than just a phase.

In college Chernin studied film, and as an accomplished actor, spent much of his time in and around theaters. However the spotlight is something the soft-spoken artist has never been entirely comfortable with. The reason, according to him, is simple: “Every time I got on stage and did musical theater, I was always a character. I was very much about throwing myself into those characters.” That disconnect is something Chernin struggled to overcome as he began working on his debut EP, You Know Who You Are. “It’s me up there. It’s my pain, my happiness. It’s all out there and it’s very vulnerable.”