Initially known for creating a buzz with his first mixtape “Storms Coming”, Rayne Storm is back unleashing a series of new singles as he preps the release of his first official album. The Harlem, New York representing rapper/producer returns with the new single “City In The Sky”, the latest feature from “Uptown Baby”. 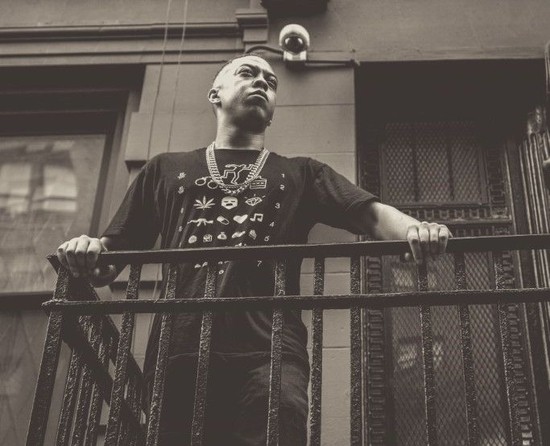 Rayne Storm taps two of Harlem’s best rappers of all time, McGruff and Stan Spit to assemble an all-star bar crew for his ode to the famous Uptown New York City neighborhood. Singer / Songwriter Phoenixx sets the tone with a beautiful chorus while the Harlem trio deliver hard hitting lines about life above 110th street. As with all of the tracks for “Uptown Baby”, Rayne serves as the producer for “City In The Sky” dishing out an epic sounding anthem ready for the streets.

This track marks the first time Rayne, a known fan and student of Big L’s rap style, has worked with artists directly connected to the legend such as Gruff and Spit. McGruff was a part of the Children of the Corn along with Big L, Cam’ron, Bloodshed and Ma$e while Stan Spit, who also featured in the movie Belly, appeared on several songs on Big L’s “The Big Picture” album.