Purr’s debut album Like New is a transitional record, full of songs about shedding old patterns and old relationships to make space for what comes next. Out today and produced by Jonathan Rado (Father John Misty, Weyes Blood, Whitney), the sounds of Like New nod, at times, to a place in the past (like your favorite 70’s AM), but they don’t dwell there. Behind its golden sheen, however, lurk stories like the starry, piano-driven “Giant Night”. Named after Anne Waldman’s 1970 book of poems, watch the song’s new black and white performance video HERE – 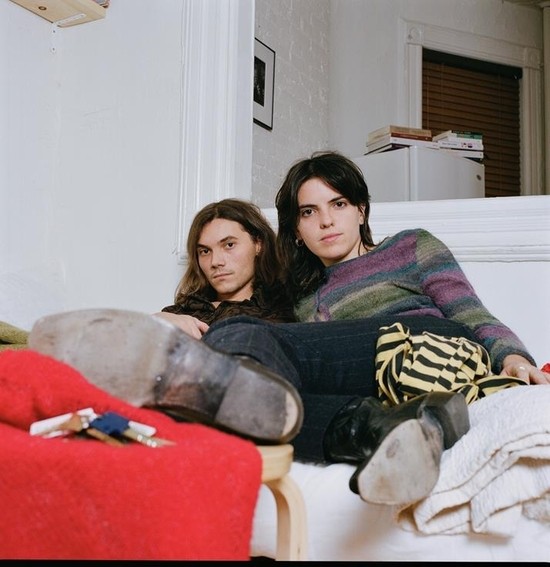 Founding band members Jack Staffen and Eliza Callahan say they sing about “the push and pull between recognizing the natural end of a relationship while not wanting the patterns of your daily life to change,” in the song’s lyrics. “We were riffing and reflecting on a very simple sentiment: knowing someone so intimately that’s no longer around and not knowing what to do with your empty time that was once spent with that person.”