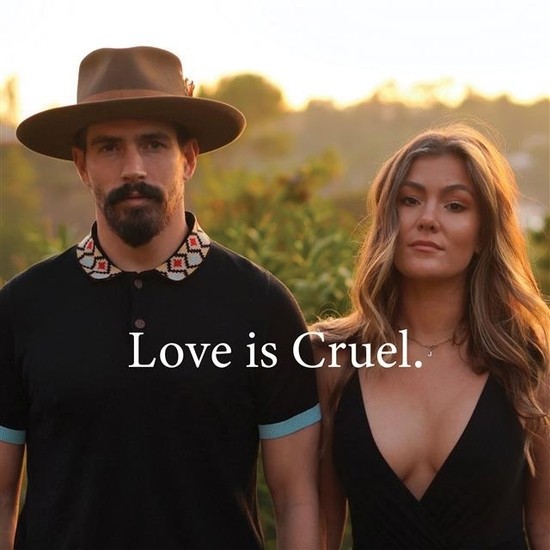 “Love is Cruel” is a raw, reflective, and sonically contemporary ode to the most complicated of emotions. It was co-written and produced by the production duo The Elemeno Pea (consisting of Rob Shore and Jessie Shapiro), who are coming off of the success of Disney Channel’s SHOOK, and Kyle Brady who wrote the new single “Easy Love” for Blair St. Clair of RuPaul’s DragRace.

This is Tori and Jordan’s first original release together on the heels of their public proposal and engagement on the most recent season of MTV’s The Challenge. The young couple has been cutting their teeth releasing acoustic covers to well over half a million streams in just a few months. Now the reality stars are stepping into their own skin with “Love Is Cruel,” leading off a line-up of original songs set to drop throughout the summer.