From their humble beginnings in a dingy attic making rough demos on a trusty outdated tablet, Heart of Jordan are becoming the next hopeful to stand out in the often over-saturated, cookie-cutter metal and hard rock world. Storming out of the gate in 2018 with their debut self titled album and music video for its first single “Deny”, Heart of Jordan have quickly garnered international attention through fierce social media campaigns and DIY tactics that would make the most diehard indie band proud. And in this short time frame, they have wasted no time making their regional mark at regional venues, having the honor of sharing the stage with many national touring acts such as Light The Torch, 36 Crazyfists, The Plot in You, and Nonpoint, among others. 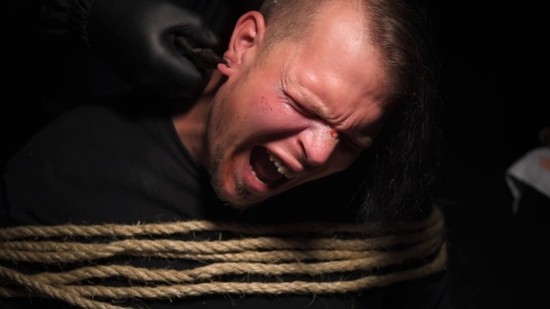 Recorded with acclaimed producer Josh Schroeder (King 810, For The Fallen Dreams), the debut Heart of Jordan album brings a raw and modern twist to the sound of metalcore’s pioneers, while drawing from diverse influences like anthemic eighties metal, dirty nineties grunge, and today’s heavyweight hard rock radio giants. From the emotive power of “Eye”, the minacious groove of “Deaf Ears”, to the infectious singalong choruses “Throne Alone” and “Echoes Still Remain, Heart of Jordan have established their signature sound through simplicity and ingenious song writing that resonates with a broad audience, all while embracing the integrity and devotion to their creative vision.

Heart of Jordan has no plans of slowing down, steadily increasing their social media presence, streaming and radio play stats, while searching for touring and label opportunities; all the while writing new material for their next effort, with plans for a new single drop in Q1 2020. “We have a deep passion and drive for what we do and the music we create. We also have an understanding and respect for the business side of this band. There is a fine balance between the two that makes it all come together” – Elijah White, Guitar. “We grind every day looking for new fans, constantly spreading the word and discovering connections to further introduce our music and our band to the world.” – Preston Mailand, Vocals