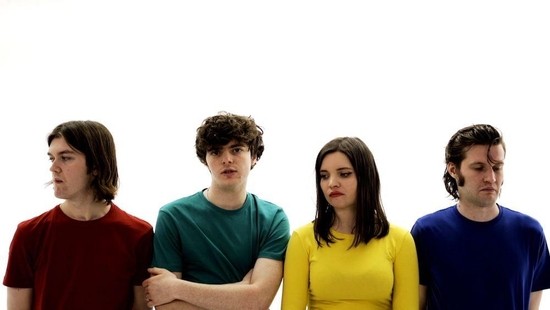 Just as Bill Shakespeare once told, everyone has a role on all the world’s stage and with their new single ‘White Rooms And People’ Todmorden’s hippest punk-funk 4-piece are reminding us that, in the likelihood of impending Armageddon, there’s never been a better time to step up.

“People have an important role to play,” affirms Working Men’s Club’s singer and chief beat-maker Sydney Minskey-Sargeant, alluding to the origins of the band’s newest release. “Creative power is incredibly important in these times, whether it’s to soothe people’s pain, distract them or address how fucked up the world is right now. There are things we have to accept but there are also things we can do; the power has always been there so it’s about time we used it again.”