The past few months have brought with them a slew of vaping-related bans. Most of these strict anti-vaping regulations have their origins in the public panic surrounding vaping devices, but the truth of the matter is that this panic is largely misplaced. Concerns centered on vaping, especially teen vaping, are largely overblown by critics of the industry who don’t so much care about the health of vapers but rather want to fight cultural change or protect entrenched industries. 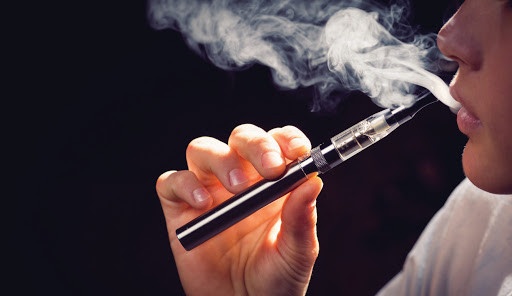 Here’s an exploration of the recent vaping crisis, and why the teen vaping concerns we’ve been hearing so much about are largely overblown.

It’s important to establish that the only reason that major vaping-related regulations were enacted across the country over the past few years is that mainstream media publications have been igniting a public panic over youth-related vaping. According to one headline from the venerable New York Times, for instance, the JUUL company is single-handedly responsible for hooking an “entire generation” on nicotine. In reality, however, the tobacco industry and others who profit from the consumption of nicotine have been targeting kids for generations. To place the burden of responsibility upon one vaping company is a great example of how wrong the media often gets it when it comes to vaping.

Vaping is not something that young, development individuals should be doing excessively, but to frame it as just as bad – or even worse – than smoking tobacco is quite literally insane. The CDC’s coverage of the outbreak of lung-related illnesses linked to vaping products also didn’t do the public much good, as it initially included the cases of non-hospitalized individuals when reporting on how many had been adversely impacting by the outbreak. To its credit, the CDC has since amended its webpage to note that mistake, and it has tried to make up for it by noting that many of these illnesses weren’t a vaping problem, but a sourcing problem.

It goes without saying that vaping products which are ill-sourced and provided by fraudsters are unhealthy and should be avoided, but nobody is more well aware of that fact that vapers themselves. Indeed, they’re often the ones carrying the banner of responsibility and informing others that they should be cautious when acquiring products to consume, especially when it comes to introducing newcomers to the world of vaping.

This isn’t the new tobacco

The real reason that the so-called teen vaping crisis is overblown is that people are acting as if this is the new tobacco, or worse yet, as if it’s somehow even more evil than tobacco. In reality, as a John Hopkins source points out, vaping may not be a healthy practice but it’s far preferable to smoking from the standpoint of one’s personal health. People should be far less concerned with things like e-cigarettes after reading e cigarette reviews and far more worried about the continued popularity of tobacco cigarettes and traditional cigars, which not only injure their consumers but also spread cancer to those around them, too.

Then again, freaking out about tobacco doesn’t sell as many papers as freaking out about JUUL. Once you understand that media incentives drive individuals and entire outlets alike to report on this issue with a sense of panic and paranoia, it will become easier to predict future fear-mongering operations and to respond to them appropriately. We shouldn’t be freaking out about teen vaping as if it’s the same, or worse than, teenagers smoking tobacco. By putting this issue into perspective, we can focus on more important issues, such as preventing drunk driving and cracking down on the continued cultural celebration of tobacco.