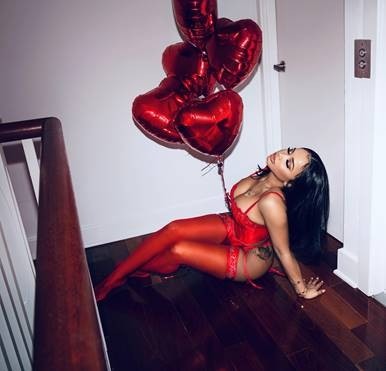 Today, rising hip-hop starlet DreamDoll has released her new single “Who You Loving?” featuring G-Eazy and R&B new-comber Rahky. “Who You Loving?,” which samples Bernard Wright’s classic hit “Who Do You Love,” was produced by Hitmaka, BoogDaBeast, Paul Cabbin and Tariq Beats, who are the freshest producers in the industry right now. The romantic track, which is released on Brooklyn Johnny’s District 18 Entertainment, showcases DreamDoll’s effortless rap flow and G-Eazy’s signature rhythm alongside Rahky’s mesmerizing voice.

DreamDoll’s chemistry with G-Eazy shines bright in the official music video for “Who You Loving?,” which premiered today on BET JAMS and BET Hip Hop and will be featured on the BET Times Square billboard today at 12pm EST and 5pm EST. The video offers a glimpse into DreamDoll’s roots, illuminating the cultural hub that raised her, the Bronx.