Usually, pedigree doesn’t mean much to us. But in rare cases, it’s worthy of comment – especially for true students of music history who know the names of the giants who shaped pop and rock. Tony Visconti, for instance, was the peerless wizard whose fearless productions for David Bowie are recognized as audio monuments: they’re albums that don’t sound like anything else, and they’ve influenced everybody who has heard them. Morgan Visconti, the son of the master, is also up to something inimitable with Ready, Steady Die!, his mesmerizing project with British singer-songwriter Sam K. Just as Tony took the then-contemporary styles of glam, prog, and proto-metal as jumping-off points for his wild departures from musical orthodoxy, Morgan and Sam transform dream pop, electronic rock, and darkwave into something that’s entirely their own – something built to endure. 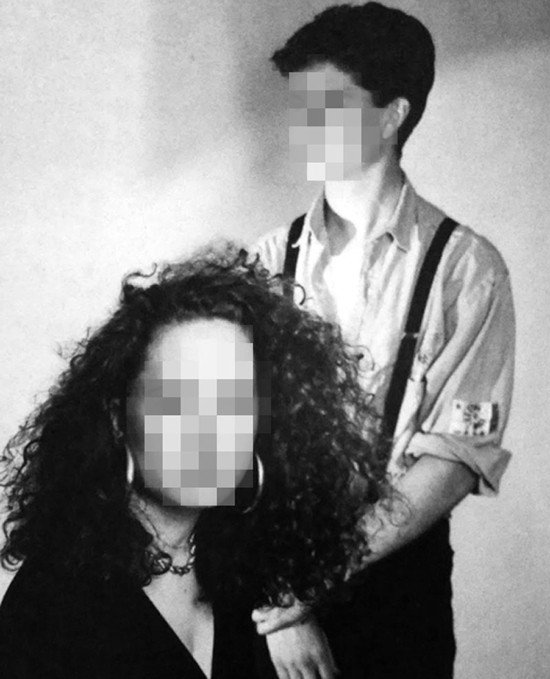 Consider “Woebetide”, a single that manages to be sweet, thunderous, destabilizing, and enveloping, all at once. Sam K rides waves of rich, luscious distortion, six-string feedback and effects, and alternately throbbing and purring synthesizer. A less able singer would get lost in the maelstrom. A less judicious producer would swamp his front-woman with a pure, gorgeous sound. Instead, Morgan and Sam K achieve a perfect balance between spellbinding pop and challenging electronic music. It’s the sort of rapturous production that a listener would expect to hear from a heralded veteran, not a newcomer – and Morgan Visconti is no neophyte. He’s been practicing his craft for years, and he’s been deeply involved in all of the projects released through the Human Label, an adventurous imprint that has put out records by the Ancients, Triple Island, and Jaust, among others. Pleasure Ride, the upcoming EP from Ready, Steady Die!, is only the first in a trilogy of interrelated recordings that the ambitious duo plans to release in the coming year.

Morgan Visconti has visual ideas, too, and as WeekendClass, he’s matched “Woebetide” with a clip that only deepens its mystery. It’s a simple concept, but one that is, in its execution, positively psychedelic: the video consists of aerial footage of the Catskills forests. In high resolution, the treetops seem otherworldly – sometimes a latticework of bone-white branches, and sometimes a rippling canopy of autumn leaves. If that isn’t enchanting enough, Visconti incorporates some striking visual effects: folding the forest back on itself, doubling and tripling the trees, and mirroring the high hills. This is a dream landscape that Visconti is supplying for us, and it’s the ideal accompaniment for a song as hypnotic as this one.