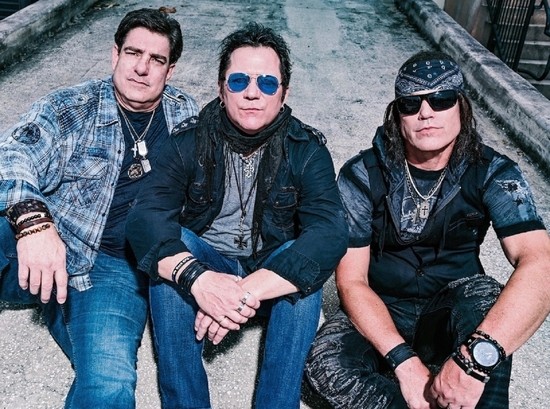 Rock and metal went through some pretty tumultuous times as the 2010’s came to an end, but despite the chaos in their scene, Kings County are rising from the ashes of that era with blistering sound all their own. Formed in New York and now doing business out of the sunshine state in the shadow of Disney World, Kings County unleashed a powerful eponymous debut in 2019, and in the record’s star single “All That I Want,” we get an idea as to just how invested in reviving classic metallic riffing these guys really are. “All That I Want” is a simple, cut and dry rock song with some flamboyant guitar parts and a straightforward vocal attack, but for all that it lacks in frills, it more than compensates us for in pure, molten-hot energy in the vein of bands like Aerosmith and Led Zeppelin. They might not be the first group to string together pounding drums, explosive drums and palatable vocals in a full-fledged masculinity anthem, but as the rock genre currently stands in 2020, they’re definitely on the cutting edge of its future.

There isn’t any fluff for us to sift through in “All That I Want,” and while it can be said that this isn’t the most barebones hard rock tune you’re going to find in the American underground right now, it’s absolutely devoid of the overproduced elements commonly found among mainstream “rock” acts. The bassline isn’t the main source of the power in this track; actually, I think that it isn’t quite as loud as it needs to be, particularly in the chorus. The drums drown out a lot of the bottom-end in the clinch moments we hear around the hook, but I can see where this might have been an intentional result on the part of Kings County if they were trying to create a suffocating pull in the most climactic moment of the song. Calculated and cerebral where it matters, “All That I Want” points us in the direction of physicality without ever making us feel pressurized or overwhelmed by the intensity of the music, which isn’t all that easy to do.

They’re not quite there yet, but with time and continued practice outside of the studio environment, Kings County could be one of the premier groups in all of rock n’ roll through the 2020s. The brawn that they show off in “All That I Want” is something to be taken seriously, and though it’s coupled with a straight-up, to the point ethic that would normally be suited better with a punk unit, the music isn’t deprived of natural bombast as a result at all. It’s going to be an interesting decade for this genre of music, and with acts like Kings County fighting their way into the conversation with provocatively-stylized material like this, I think we can expect a lot of great things from the underground over the next few years. This is a great jumping off point, and they deserve all of the limelight they’re receiving for it.