Widespread cruelty to elephants in U.S. and Canadian zoos has been exposed today by In Defense of Animals on its respected annual list of the 10 Worst Zoos For Elephants. Now in its 16th year, the list reveals practices that harmed and killed elephants in zoos across North America in 2019. Pittsburgh Zoo in Pennsylvania is ranked as the #1 Worst Zoo for its substandard indoor enclosure, and for forcibly separating elephants who have been together for around a quarter of a century. 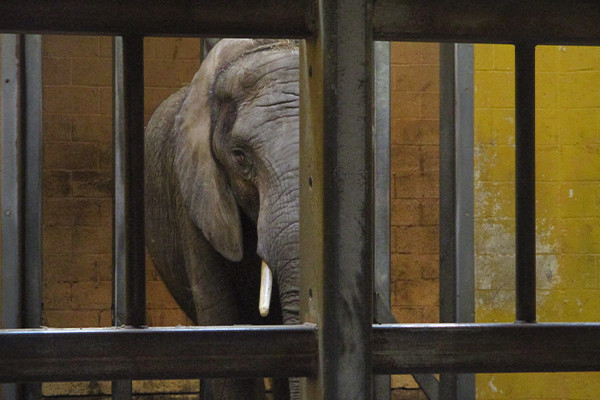 “Our 2019 list of the 10 Worst Zoos for Elephants exposes many tragic examples of how elephants suffered in U.S. and Canadian zoos,” said Marilyn Kroplick M.D., President of In Defense of Animals. “The zoos featured on this year’s list demonstrate how public display facilities can cause elephant suffering, regardless of space, ‘enrichment’, or financial investment. We call on all zoos to stop the harmful domination of elephants.”

The 2019 list of the 10 Worst Zoos for Elephants illustrates striking examples of the different ways that zoos harmfully dominate elephants, including separating long-bonded individuals and family members, repeatedly forcibly inseminating females, and condemning others to a life of extremely unnatural solitude. During winter months, cold-climate zoos shut elephants inside cramped indoor enclosures that often have unyielding concrete flooring, which can cause debilitating foot and leg diseases and even death.

In Defense of Animals investigators observed abnormal repetitive “stereotypic” behaviors at some zoos, which indicates chronic stress thought to be caused by artificial environments that do not allow individuals to satisfy their normal behavioral needs.