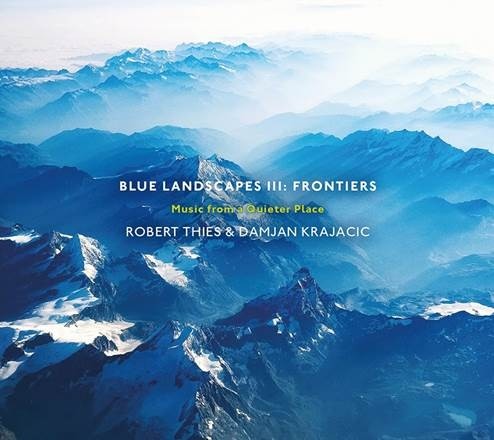 When Krajacic and Thies were introduced by a mutual friend in 2006, no one foresaw that their very different backgrounds and music pedigrees would lead to a prolific collaboration lasting over a decade and resulting in four albums. Krajacic (a native of Zagreb, Croatia) is a globetrotting performer who holds a Master of Music degree in Afro-Latin Music from CSU and has studied with jazz, Latin-jazz, and classical masters all over the world, including James Newton, while U.S.-born Thies’ strict classical music training led to a Gold Medal win in the famed Prokofiev Competition in St. Petersburg, Russia, countless worldwide concert performances, as well as a recording career in the Film/TV industry.

What emerges when the universe aligns to support artistic curiosity? As their friendship grew, the artists found common ground in their love of music and nature, and eventually the idea of improvisation became the jumping off point for exploring an undefinable new sound that is often described as “blissful.”

“Blue Landscapes is inspired and grounded by our love for Earth’s beauty and all of her natural wonders. Whether it be the motion of the seas, the majesty of the mountains, the rhythmic flow of the rivers and streams, the migrations of her creatures, or the mysteries of the forests, all feed the imagination,” they share, adding “It is our hope that this music will take you to a quiet and reflective space.”