Today, global DJ/Producer and entrepreneur, Steve Aoki, is sharing a brand new single off his forthcoming Neon Future IV album, “Maldad,” featuring Latin Urban pop sensation Maluma. Alongside the new single, Aoki is officially announcing his 24-city North American Neon Future IV: The Color Of Noise Tour, a reference to both his upcoming album as well as his critically acclaimed memoir that was released via St. Martin’s Press last year. 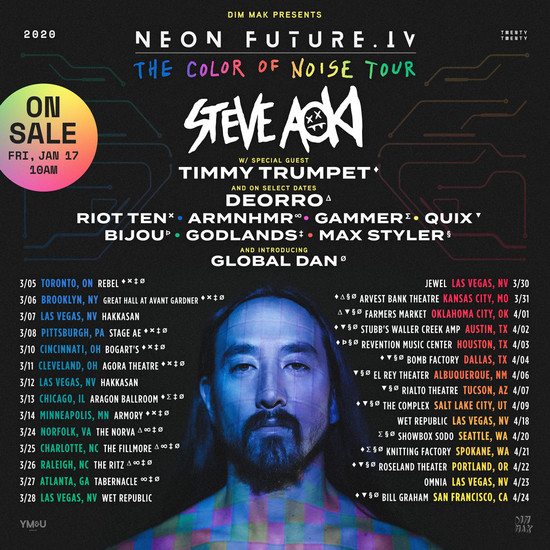 Combining Middle Eastern and Latin-urban influences, “Maldad” is a seductive and inviting track that will lure fans to the dance floor and fall in line with the beat. Maluma narrates the story of the good girl who feels like cutting loose: “dicen que es juiciosa pero está puesta para la maldad” (they say she’s level-headed but she’s down to be bad). The music video directed by Roxana Baldovin, accompanies the song with a fuse of tribal and contemporary choreography and leading scenes from both Steve and Maluma, who show off their individuality with charisma and chic signature style.