Gazel’s new video for ‘Cloudpatterns’ is out now. Following the release of her album, Gazel has shared the latest video from her debut album “Gazel’s Book of Souls”. 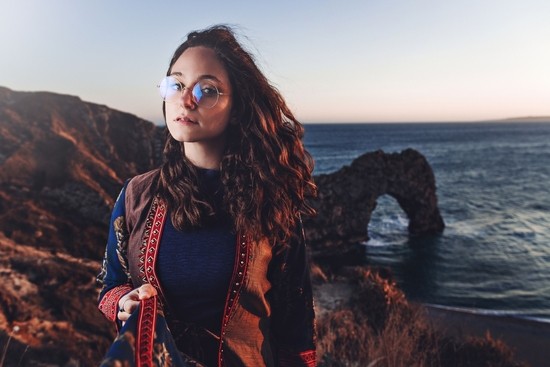 Directed by Conner Foley and Alex Millichamp, the video sees Gazel locked inside a world of conflicting patterns. Gazel’s performance is complemented by flickering urban and natural imagery, which reflects the song’s themes of technology and progress in a declining natural world. About the song and video, Gazel says; “We wanted to create something that reflects the song’s message of man’s conflict with the natural world, and the resulting inner conflict of the unconscious mind. We used double-exposure techniques to represent an inner landscape of increasing modernity in conflict with the natural yearning for the natural world, of which we are an inextricable part.”

After her debut album tour in Autumn last year, Gazel will be bringing her show to The Victoria Dalston on 14th February (tickets available here: