Today, GRAMMY®-nominated, multi-platinum artist Halsey shared her new single, “You Should Be Sad,” and unveiled the accompanying video. The song is from her third studio album, Manic, which will be released next Friday, January 17, via Capitol Records. Award-winning director Colin Tilley (Kendrick Lamar, DJ Khaled) helmed the vibrant, kaleidoscopic video. 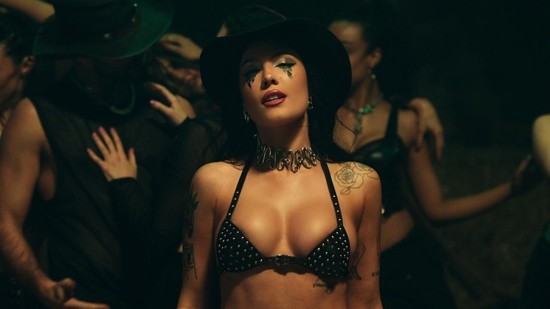 Halsey will be the musical guest on “Saturday Night Live” on January 25 – the first show of 2020. Adam Driver (Star Wars: The Rise of Skywalker) will be the host.

Earlier this week, Halsey announced the North American leg of the Manic World Tour. Produced by Live Nation, the headline run will include shows at the Hollywood Bowl in Los Angeles (June 10), Forest Hills Stadium in New York (July 15), Nashville’s Bridgestone Arena (July 24) and Colorado’s Red Rocks Amphitheatre (July 27). See below for itinerary. The supporting acts will be CHVRCHES and Omar Apollo (June 2 – July 5) and blackbear and PVRIS (July 12 – August 1).