The Pink Dust’s single, “Fathom,” begins with a sound that feels like the combination of a sitar and a digeridoo. It’s long, eerie and slightly industrial. It is also truly an odd intro to a song. Eventually, though, percussion enters the mix and gives it a more familiar musical tone. 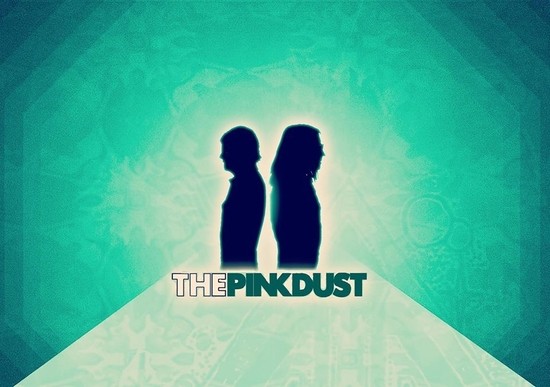 The Pink Dust is an alternative rock band comprised of Cliff Littlefield and Roy Mitchel-Cárdenas. “Fathom” is the title track single drawn from the group’s upcoming EP, which arrives on 01/10/2020. The act’s recent album, Night Vices, also featured Mutemath member Darren King as a collaborator on drums. One can hear the kinship between these artists, as King’s is also experimental.

Once the song fully kicks in, it has a dance-y, slightly reggae dub-y sound to it. After the off-putting intro, echo-y and busy guitars join in. Then, after an extended guitar plays out, the vocalist begins by asking another person to fathom a few things “from the deepest ends.” He then begins to meditate on “the waiting/the wanting.” He appears to be asking another to empathize with what he or somebody else is going through. Yes, a fathom is a word used to describe a unit of length equal to six feet, most often in describing the depth of water. It can also be used when asking someone to try and understand something. ‘Can you fathom that?’ It’s the latter usage that appears to make the most sense with this song.

Although the song is busy musically, the singing is rather plain and meditative. And understated, too. It’s as though the singer is fathoming something himself. He’s not overly emotive. He doesn’t stretch his vocal cords. Instead, he’s taking these lyrics at a deliberately measured pace. It’s almost as though he’s thinking out loud, rather than having something pre-planned to announce. The listener, then, feels like he/she is right there with him, working something out mentally.

The mental picture drawn by this piece of music, is that of a visitor to an aquarium. The song makes one feel like he/she has a face up against the glass, while the various exotic sea creatures swim around and basically act naturally, while humans stare, jaws dropped and eyes wide open. No matter how many times you see a shark or an eel swimming around an oversized fishbowl, it’s always amazing. That’s probably not the specific intent of this particular song, but it kind of captures how the song feels to the listener, at least.

Toward the track’s end, the singer announces, “I’m coming home.” This line doesn’t sound like a literal ‘coming home,’ though. Instead, this sounds a lot like something far more spiritual. This is coming home, after being away from home – whatever that represents – for far too long. Maybe it’s a Christian conversion experience. Perhaps it’s about reconnecting with people, after being away, apart and alone. Then again, it just might be intended to mean whatever you want it to mean. The Pink Dust could just be asking listeners to fathom relationships – whether literal or spiritual – in their own lives. Whatever the intention, this is a moody, vibe-y and ultimately effective piece of music.