Flo Chase is shown walking through the desert and strumming an acoustic guitar while singing his single “Spinning Wheel.” The sound of this single will likely appeal to fans of The Lumineers, Mumford & Sons, as well as many other more roots-inspired alternative rock acts.

In addition to its acoustic guitar and vocals, “Spinning Wheel” also includes a horn section, as well as a touch of harmonica. Flo Chase, while still a young man, has already lived a full life. He was born in France, moved with his family to Australia and now calls the entertainment business hub of Los Angeles, California home. His good looks have also landed him multiple modeling jobs in his newfound home of the beautiful people. However, he’s also a talented singer, songwriter and musician, and can play many different instruments. 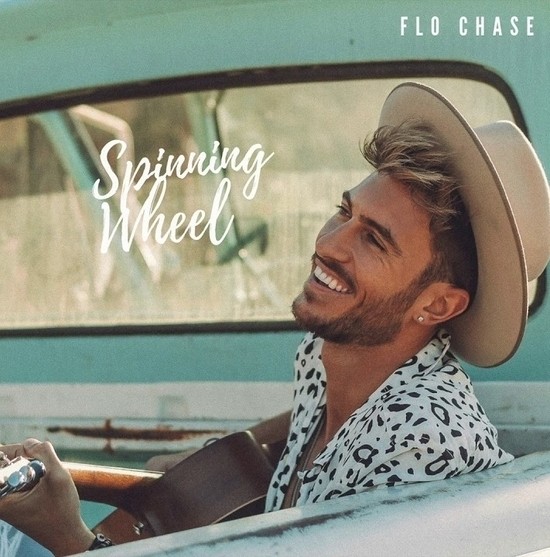 Lyrically, “Spinning Wheel” is a bit of an enigmatic song. Near the beginning, Chase sings: “No holy water shuts off the flame/Like a spinning wheel we’ll never see the end.” If live is an endless cycle – much like God is described as being eternal – then why would holy water even be used to shut off that flame? Wouldn’t these two entities be on the same page together, conceptually speaking? One might certainly assume so. Elsewhere, though, Chase becomes Earthlier, less spiritual when he sings: “Oh I’d give it all/Just to spend another night alone with you.” He’s not pondering the endless nature of love; he’s thinking about getting busy with a girl, instead. However, it’s not long before Chase is mixing and matching the spiritual with the sensual when he sings: “Filled with light/Sweeter than honey.” The heavenly (and the human kind, at times) is filled with light, but one imagines only a beautiful girl would be called so sweet, she’s sweeter than honey – one of the sweetest substances know to mankind. And when he adds, “Blossom your body,” it may remind you of how, during “Brown Eyed Girl,” Van Morrison remarked, “My, you have grown.” (The blossoming of a young girl just, well, does something to most guys).

The mood of Flo Chase’s “Spinning Wheel” is joyful and energetic. He’s enthralled with another, and he’s not ashamed to come right out and sing about it. Although this is not strictly folk music, it is more natural and organic than much of what passes for pop music these days. It exists in a world where rap, EDM and R&B simply cannot and will not intersect with it. It’s pop, melodically, but its instrumentation has a more human feel to it. If computers were used at all during its construction, those elements are not obvious to the listening ear.

It never ceases to amaze how much the subject of love continues to beguile us. Calling it eternal, only reminds us how little we truly know about it. We’re still not sure where it comes from when it arrives, nor do we have a clue where it goes once it’s gone. Flo Chase’s song just introduces one more artist that’s come under love’s mystique. He won’t be the last, but he’s tapped into something truly good with this new song.