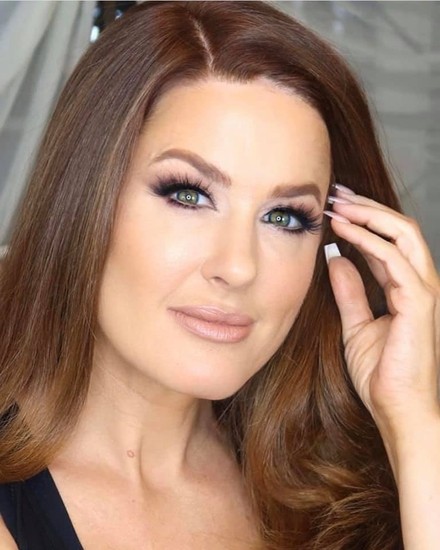 ‘Tis the season for singing sensation, Hilary Roberts, to release her original holiday-themed single titled ‘Christmas With You’. With the track landing just in time for the Christmas period, its jolly bell instrumentals and joyous upbeat tempo will get even the scrooges of Christmas decking the halls and rocking around the Christmas tree to this absolute anthem. Alongside the release of the track, ‘Christmas With You’ has been joined by a brightly lit music video, filled to the brim with festive baking and tree decorating, all with a loved one by her side.

Traditionally, Christmas can be the perfect time to spend side by side with family members, in the company of close friends and even alongside that special someone – something Hilary Roberts is cherishing in ‘Christmas With You’. “The only thing better than Christmas is Christmas with You/That’s because every tradition is better with two/You shine a whole new light like an open fire/Like a star that lights the way/The only thing better than Christmas is Christmas with You” sings Roberts, in a cracker of a chorus which captures the essence of Christmas in a nutshell. Encouraging listeners to spend that special season with loved ones, the lyrics lightheartedly teach us all that XMAS is less about the materialistic presents and more about appreciating who we have already in our lives for free this festive period.

Backed by a band of rollicking bells and Robert’s beautifully sleek tone, the song’s instrumental and vocal value can easily give Mariah Carey a run for Christmas number 1. Instrumentally, ringing chimes and sweeping sleigh bells instantly kick into the song, immediately injecting this joyous feeling to the songs sound; something we all need to hear amongst the bleak winter weather. Accompanied moments later by Hilary’s gorgeously sophisticated tone, her vocal delivery throughout the track’s 3 minute and 22 second duration remains cosy and comforting from start to finish.

The accompanying music video, however, takes the Christmassy vibes to the next level of festiveness. The visual opens to Hilary daydreaming wistfully inside a snowglobe, pondering fondly amidst its falling snowflakes. As the camera pans out, the first version of Roberts is a mere memory, as the scene is now set in the four walls of a decked-out house ready to welcome in December 25th. Hilary herself greets the camera happily, carrying a beautifully wrapped present to put under the stunningly decorated Christmas tree covered from top to bottom in shining baubles, glistening tinsel and dazzling multicoloured lights. Going onto cut between shots of Hilary performing the song in front of a wintery wreath to Roberts being accompanied by her Christmas lover, as the pair playfully bake some festive treats. Ultimately, The ‘Christmas With You’ music video is the perfect early XMAS gift we all need.

Having released a successful string of tracks throughout this year, including the feel good ‘Back To Life’ and emotionally poignant ‘Fight To The Other Side’, Hilary Roberts is topping off her 2019 with the premiere of the infectiously catchy ‘Christmas With You’ on 15th November and the music video on 27th November.