At just 19, the talented Canadian singer wrote this electric tune after her tumultuous relationship ended with a fellow artist who saw her as a potential threat. Once the relationship was over, she was left feeling vulnerable, angry and insecure. Despite feeling defeated, it inspired her to push forward with more confidence in her career and love for herself. The song is an ode to the insanity that comes with questioning everything you thought you knew. “He saw my naivety and ate the confidence that I had to feed his own ego,” Clancy says. “I realized feeling less talented, beautiful, or worthy of success than another artist is committing suicide to all the self reliance and love I work hard for in order to continue to create my art. If I don’t love it, who will?” 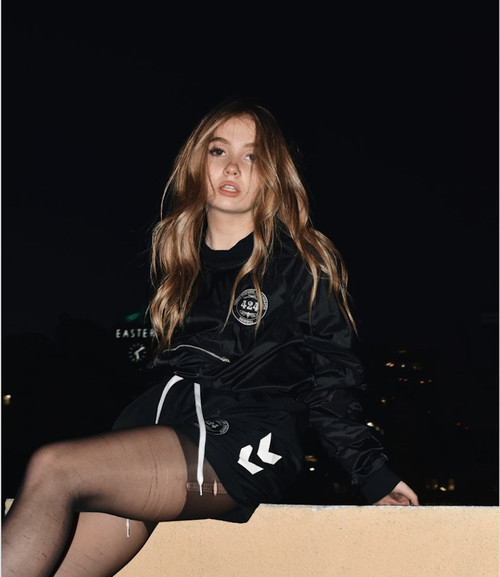 Growing up in British Columbia, Clancy found her passion for all things dramatic – theatre, musicals, poetry and eventually songwriting. She finds deep inspiration from the greats like Blondie, Janis Joplin and Stevie Nicks all the way to Lady Gaga, Avril Lavigne and Paramore. Her seamless blend of rock and alternative pop melodies along with her powerful songwriting make her a force to be reckoned with.  Now based in Los Angeles after time spending time honing her craft in London, she has begun to release and perform her new tracks alongside her equally incredible band.