Most of us know film composer David Norland from his music featured on primetime television. But he’s been known to take some significant detours, like his score for HBO’s “Dinner With Hervé” starring Peter Dinklage and his score to Anvil! The Story of Anvil, the doc about the super-influential and completely obscure Canadian metal band. When he hasn’t been soundtracking national TV mainstays or modern-day cult classics, he’s been exploring a lifetime’s worth of sonic byways for their own sake. Electronic, drum ‘n’ bass, reggae (including producing Grammy nominated work with Sly & Robbie), piano, choral, and string music have all found their way into his work, be it his solo outings or his early work as part of a handful of bands. The Emmy-nominated neo-classical composer currently calls LA home, where he wrote, performed, produced, and mixed his debut album, Glam Tear Stain, on which “Agate Or Barium” is the lead-off. 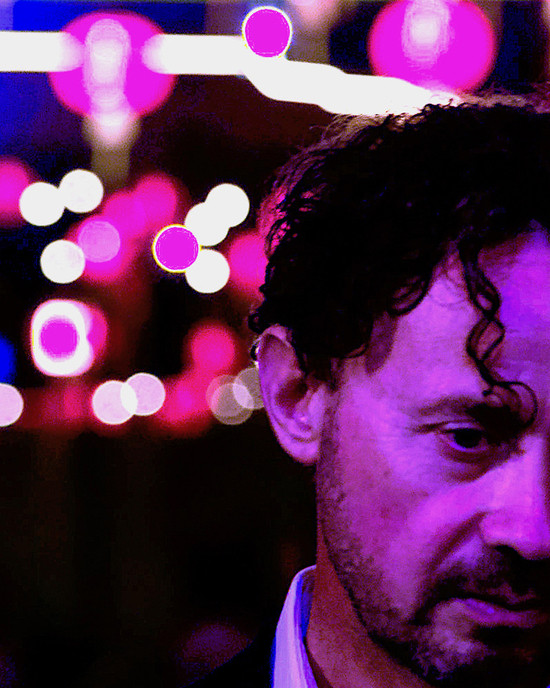 Glam Tear Stain came out this month and features 13 breathtaking piano and string-based pieces that walk the line between traditional arrangement and experimental risk-taking. “Agate Or Barium” lands squarely on that line, a spare, melancholic soundscape that leans just this side of hopeful, while a sense of longing feels like it’s right outside the door. It fits, then, that the song takes its name from two Earth elements that couldn’t be more different. Agate is a crystalline, beautiful gem revered by stonemasons and known in spiritual circles as a healer, even a diverter of storms; barium, on the other hand, is betrayed as toxic by its dirty yellow color, malleable, having no natural shape or strength to speak of. Is this the sound of someone asking themselves which they are? The song’s a journey, ruminative and plaintive, the keys and strings moving through and around each other, equally dominating. The answer might not be so simple.

It only makes sense that here, most of the video for “Agate Or Barium” is set to sped-up footage of subways – so much activity and tension just below the surface. Schedules, clocks, maps, everything trying desperately to achieve order, but as anyone who has ever taken London’s Tube, Paris’ Metro, or New York’s trains can attest, that kind of order is elusive and unsustainable. The footage is excerpted from the film “La Metropolitaine,” wherein the protagonist searches for love across seven mass transit systems. They live in transition, both in general and in the moment. While Norland was contemplating imagery for the song, a friend gave him the film to watch. Norland was immediately struck by how in tune it was with the feeling and atmosphere of the track. The film’s director heard “Agate Or Barium,” agreed, and gave the go-ahead. The result plays like a dream state and leaves one wondering what direction Norland might take next when it comes time to release single number two. And hoping he’ll do it sooner rather than later.