We kick off December with an awesome Q&A from – Chris McCarthy and Clotilde Duo. With this duet, French vocalist, flutist and filmmaker Clotilde and acclaimed American keyboardist Chris McCarthy deepen their New-York born collaboration. Catch them live in NYC in 2 days – 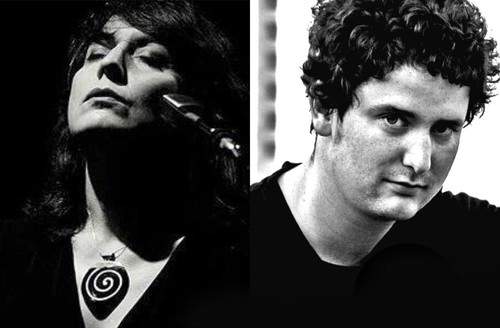 When did you first know you wanted to become a musical artist? What was the first song you ever wrote?

Chris McCarthy: I started at 10 and recorded an album. I wrote my first song after my first piano lesson cause my teacher told me to write something using only the black notes.

Clotilde: I started at 5. I was to small to play the flute which I wanted, so I had to spend a year doing only solfege. I wrote my first song when I was probably 7 or 8, we were writing « musical comedies » during summer with my sister and cousin.

What’s in your IPOD this week?

How’s the music scene in your locale?

Chris McCarthy: I’m based in Brooklyn, and the scene is as vibrant as you would imagine, with all types of music happening around the city every night of the week.

Clotilde: I’m French, based between NYC and Paris. I’d say they are 2 quite dynamic scenes, where you can listen to any kind of music.

Clotilde: the interaction with the audience, taking risks, improvisation, finding the same breathing with the musicians

Chris McCarthy: My new album coming out in April is all original material, and this is my first release to feature only originals.

Clotilde : My latest release is mainly covers of the great American female protest singers. I guess one of my favorite one is the cover we did from Save the Children (by marvin Gaye) inspired from Marlena Shaw’s version. I like the twisted ending we added, and also the lyrics are still so accurate and resonating.

What’s the best concert you’ve been to?

Chris McCarthy: I saw Bon Iver in Brooklyn last month and was blown away, that was my favorite show of this year.

Clotilde: That’s a two hard question to be answered to. ha!

Clotilde: Nina Simone or Jeanne Lee or Meredith Monk. I will actually attend to one of her workshops early December! A dream come true!

What are your goals for the future?

Chris McCarthy: To travel the world playing creative music that inspires others.