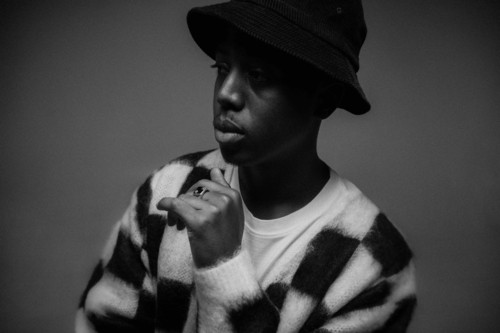 Following the recent release of his brooding, groove-driven single “Stranger Than Fiction” and a sold-out show at legendary London club Fabric, south London jazz drummer, producer and composer Moses Boyd today announces his forthcoming debut solo album ‘Dark Matter’, out 14th February via his own label Exodus Records. The album announcement comes alongside a brand new single “Only You”, a dark, twisting track drawing elements of metal, breaks and electronica together with Moses’ ferocious jazz drumming as the driving force throughout. Moses will also embark on a 13 date UK and European tour in February/March 2020, culminating in a hometown show at Brixton Electric – tickets are on sale now.

‘Dark Matter’ follows 2018’s highly collaborative ‘Displaced Diaspora’ which drew material from Moses’ early pioneering tracks from a new burgeoning London jazz scene including the breakthrough dancefloor crossover ‘Rye Lane Shuffle’, mixed by Four Tet and Floating Points. ‘Dark Matter’ is Moses’ debut fully fledged album and sees him take center stage as producer and band leader, with features including previous collaborators Obongjayar & Klein alongside some familiar faces from the London jazz scene including Nubya Garcia & mentor Gary Crosby OBE. The project is a significant step forward in Boyd’s ongoing evolution, showcasing his growing talents as a producer and composer, accomplished musicianship as a drummer, plus a unique ability to successfully meld jazz with other contemporary influences. Work on the album followed a DIY approach and began after his first trip to South Africa in 2017. As he travelled, he recorded samples and snatches of rhythms, stopping off in studios and artists’ homes, experimenting and gathering new collaborators and ideas.