‘Trippin’ heralds in a new type of pop song. Written and performed by Italian enigma Giulia, and with a video set in outer space, ‘Trippin’ melds together a lazy drum beat and hauntingly ethereal vocals from this up and coming pop superstar to create a special brand of pop song, one which is just as at home blaring in the middle of the dancefloor as it is playing in the chillout during the after party. 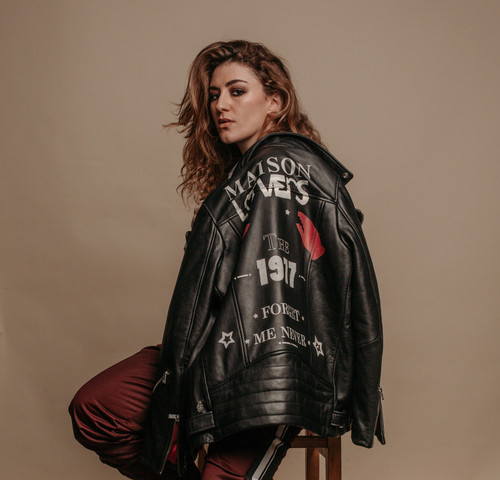 The song begins with a low bass and the aforementioned lazy drum beat, as, in the video, we see Giulia in the guise of a pilot, driving her plane through the stars in space. As we reach the bridge, the song builds in dynamic and melody, and when we reach the chorus itself, we are taken into pure pop perfection, with twinkly melodies and perfectly falsetto vocals.

‘Trippin’ is a melting pot of influences and genres that have been fused together perfectly and showcases a musical hybridity that is perhaps not surprising given her less than conventional childhood. Born in Rome she spent most of her early years touring round the world with her Father, a professional Polo player, and her Mother, a successful fashion
entrepreneur. Her music has been influenced perhaps most strongly by her time in Argentina, with the sounds and rhythms of South America cropping up frequently in her work.

‘Trippin’ is but the first in a triptych of music videos, and after watching this one, I guarantee you won’t be able to wait for the next…