Out of New Zealand and into the studio for the first time, prolific live band Fly My Pretties recruited a community of musicians and vocalists to perform on the welcomed distraction The Studio Recordings, Part One. This band has never recorded an actual album in the studio, rather they’ve only released live recordings from their many live gigs. With 10 tracks and little room for error, Fly My Pretties showcase an impressive array of energy and stylistic varieties that listeners will find much to shake, shake, their tailfeathers. 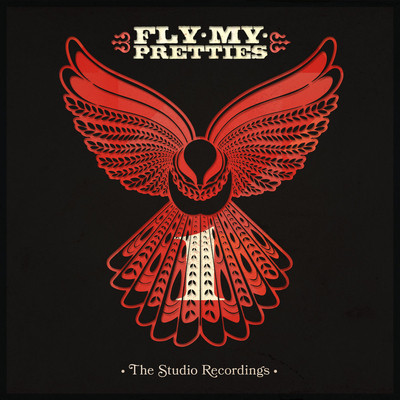 Reggae. This album has it. Rock. This album has it. If you’re into pop rock, there’s much to enjoy here. Fly My Pretties start out of the gate with “Singing In My Soul” featuring Age Pryor. This song feels so right to start out with, and it’s a gentle, yet potent rock piece that is the perfect invitation to explore additional tunes. It’s the pre-heat to the cookies baking and it’s a slower dance, but a lovely tune, nonetheless.

The tracks get a bit groovier and gain a bit more meat to their muscle with “Take It From Me” featuring Bailey Wiley and “Bag of Money” featuring Barnaby Weir. The grooves and the party atmosphere in these funky tracks cannot be ignored. The reggae vibe and the horns a blazing’ are supersonic! The way the album tracks are arranged is really cool and the story that shapes around the vibes and the general dispositions come across very well-thought out. The listener feels a part of the narrative and a part of the unfolding theatrics. As the album winds down, the songs feel softer and the vocals are caressing and emphatic. “Garden” featuring Anna Coddington and “Angels” featuring Lisa Tomlins are the last two tracks and they boldly leave a loving adieu to the listener.

I listened to this album more than once but made sure to listen to it in the same order each time. I think that made a huge difference for me in feeling so in-tuned to the changeups and feeling connected to the songs. Now, I’m not saying I would feel differently if I listened out-of-order or shuffled the tracks, but I just can’t get over how the track listing carried me. Okay, you caught me, I did listen to “Bag of Money” three times in a row. There, I said it.

All 10 tracks are sharp and Fly My Pretties shine in different ways. It’s as if the songs are feathers and each has a profoundly unique print. This band has been grinding it out on New Zealand stages for 15 years, inviting guest musicians and some of the country’s most exciting artists. The proof is there and the results are superb – they have conquered the stage and they have triumphantly produced a studio-recorded project. They didn’t leave out of the magic, the energy that only a live band can deliver. Fly My Pretties’ Studio Recordings, Part One takes flight. It’s worth the trek to be a part of the view.