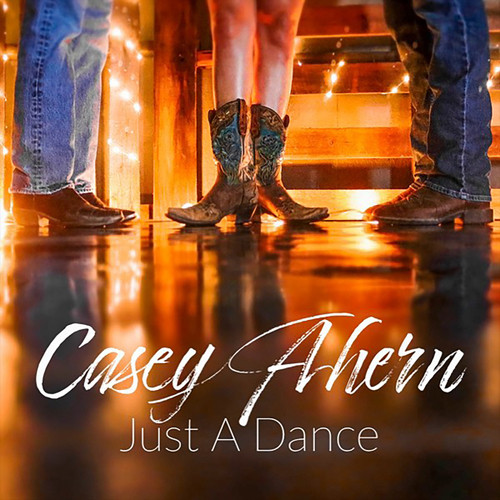 There’s a lot happening in country music right now, and amidst all of the hype that the Nashville underground has been receiving, independent singer/songwriter Casey Ahern has been getting her fair share of the limelight and then some – but not without just cause. Though I was convinced that it just wasn’t possible, her vocal in the new single “Just a Dance” puts her work in last year’s surprise smash “Indio” to shame. Here, Casey Ahern spreads her wings and launches into a lush lyric-centric composition that aches with endearing sentiments borrowed from folk, western swing and traditional country, and despite the amalgamation of influences, it might be the most cohesive piece of music that she’s attached herself to since first hitting the scene.

This instrumentation is, for lack of a better term, utterly haunting in several junctures. For being as much of a lyrical showcase as it is, the guitar and violin parts in “Just a Dance” are sublime, texturally expressive and unabashedly muscular, which would essentially present a broad threat to pretty much any other singer. But, Casey Ahern isn’t any other singer – she counters the beefiness of the strings with a melodic physicality of her own and ends up making the entire arrangement of instruments and lyrics sound and feel like something she conjured up right here, right now, on the spot. This isn’t to suggest that there’s a loose improvisational feel to “Just a Dance” (far from it), but more that it lacks the robotic angularities most of the songs topping the country charts right now have in spades.

More than anything else, this track comes across to me as a song that originally developed out of a live jam session. All of the same off the cuff charms that one would expect to hear in a show-born medley are present, but they’re not as rough around the edges as they often tend to be in person. I really would love to hear Ahern do an unaccompanied solo gig sometime, because if even a fraction of the energy that she’s got here carries over into an unvarnished setlist, she could find as much of an audience with the crossover folkie crowd as she already does with country/western aficionados and fans of powerful female vocalists in and outside of mainstream pop.

You would be hard-pressed to find another singer quite like Casey Ahern in the country genre this fall, and more importantly, across the whole of indie music these days. She’s certainly not the only singer/songwriter worth following at the moment, but other than the fantastic Melissa Ruth, I honestly can’t think of another artist who is operating with the same artistic depth that she is right now. “Just a Dance” has some cosmetic issues that some overly interested fusspots might be confused by, but for the rest of us who are simply trying to get our hands on some quality country music that comes to us without a political agenda or some self-righteous attitude, it really doesn’t get much better than this song and its unwaveringly melodic and surreally bucolic harmonies.