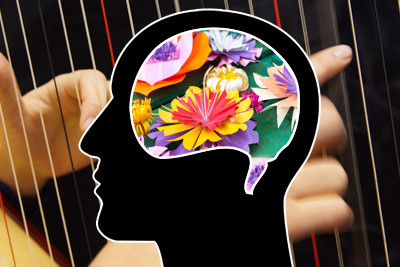 Your brain components or areas (from front to back) are: the frontal lobe, the parietal lobe, the occipital lobe, the cerebellum, the brain stem and behind your ears the temporal lobes. Nested inside the temporal lobes are your transverse temporal gyri, also called Heschl’s gyri or Heschl’s convolutions. The transverse temporal gyri are the first structures in your brain to start processing incoming auditory information. The gyri are finely attuned to pulse or beat clarity – the steadier and clearer the beat of the music your are listening to – the more the gyri “light” up visible during MRI scanning. In a recent study, psychologists and computer scientists at USC Viterbi teamed up to explore how your body acts, thinks and feels in response to music.

40 volunteers were selected and scanned via MRI to observe their neuroimaging responses to a series of instrumental pieces of music that they hadn’t heard before. Sentimental attachment to familiar selections of music would have distorted the results. In addition to the scanned subjects, 60 people were subjected to music wearing headphones and recorded their emotional response on a written scale of 1 – 10 detailing “happiness vs. sadness.” The results were analysed using AI algorithms to determine which elements of music consistently produced the same emotional responses.

The results are planned to enhance the therapeutic effects of music for depression, mood disorders and dementia.

An MRI scan of a volunteer’s brain while listening to Chopin’s Nocturne in E flat major. Video: USC Brain and Creativity Institute.

The brain’s gyri respond instantly and ecstatically to a clear pulse or beat, and to changes in timbre, instrumentation and dynamics. The listener’s skin and galvanic response also jumps to a change in instrumentation or a crescendo (volume increase) and to the additional complexity of the composition. A continuous “wall” of noise, as is typical in a Thrash or Metal band’s composition does not produce any significant change in the listener’s emotional and physical change once they’ve started listening to the piece. The study found the most stimulating moments in the music occurred when there was a significant increase in the level of complexity of the music. The most “sad” element of all the musical compositions recorded was the composers’ use of the raised 7th note of the minor scale – such as is demonstrated in The Animals’ version of the “House of the Rising Sun” (1964) at the end of each verse.