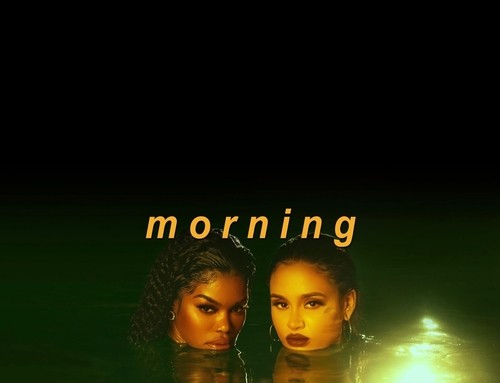 THE ALBUM is the long-awaited follow-up to Teyana’s KTSE, one of the five G.O.O.D. Music/ Def Jam albums produced by Kanye West during his 2018 sojourn in Jackson Hole, Wyoming. Released in June, KTSE (acronym for Keep That Same Energy) set off an 18-month chain reaction for Teyana, starting with its summertime RIAA- certified Gold smash “Gonna Love Me.” Teyana performed “Gonna Love Me” (in a medley with “Rose In Harlem,” also from KTSE) on The Tonight Show Starring Jimmy Fallon. Hip-hop audiences embraced the “Gonna Love Me” remix featuring Wu-Tang Clan’s Ghostface Killah, Method Man and Raekwon, whose video was directed by Teyana herself.