We’re in an extremely interesting time for music creation. Never before in history have genres blended so seamlessly and pop culture lines been so blurred. What was once the exception is the new normal this new genre-less landscape. Enter the pop/country boy band On The Outside and their new single “Like Yeah.” The group extracts the best elements of pop and combine them with the Nashville song craft of country music for a result that is undeniably fresh. 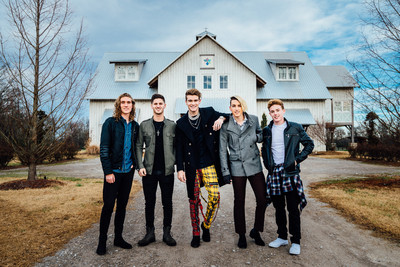 Collectively, the 5 members of OTO have amassed an excess of 4 million followers on social media and a loyal base of fans known as #Outsiders. Members Hayes, Klaasen and Bloom met in 2017 while filming the ABC TV show, Boy Band where 2.4 million viewers tuned in weekly to watch. Capitalizing on their ever-growing fan base, OTO’s first single, “How Did You Know”, has gained over 10 million streams across streaming platforms including Tik Tok, Spotify, Apple Music and YouTube.