Los Angeles-based NYIKO and Boston-based The White Electric share the official music video for “9×16” from their debut collaborative EP, Crush, available now on all Digital Formats via Trailing Twelve Records. 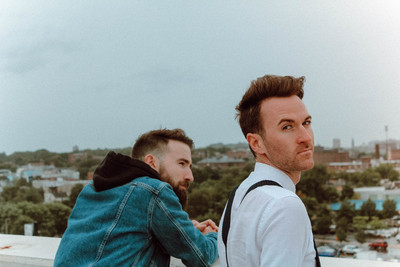 The song begins as an intimate inquiry into internet dating and quickly ascends into a dance floor proclamation – that we put down our phones, get up, and get offline. It’s an exciting blend of future house, synth bass and percussion, new wave analog leads, and vocal melodies that carry a mature pop sensibility.

We wanted the video to represent the themes of the song in a stylized way. There’s a dichotomy between online relationships and in-person connections. The contrast of having cell phones in what looks like a 1960s period piece is a nod to that dichotomy along with the way we’re now able to artificially curate our personas online. – NYIKO