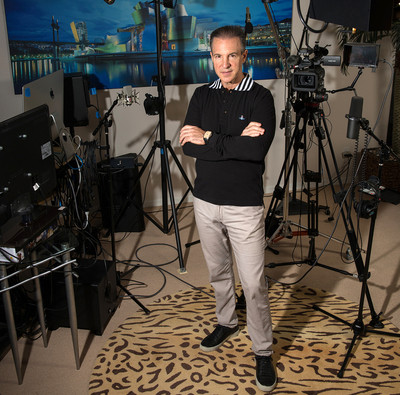 Just as gems in the raw must be cut, polished, and set in their bezel, some masterworks take years to complete. An initial idea may strike a virtuoso in a flash of inspiration – but to express that idea properly, an artist may work tirelessly to refine in, ornament it, and make it shine. Orchestral music and art song, in particular, requires diligent attention to detail and uncommon personal sacrifice.

Roberto Domino Basile has never been short on inspiration. Music has always been an animating passion for him. Yet before he shared his gift with the world, he was determined to get it right. The songs he’s recently made public might be new to you, but rest assured that they’ve long been germinating within the composer’s soul. To hear them is to appreciate his fierce dedication, his perseverance, and his hard-won mastery of craft.

His songs may also make you stand in awe of his gifts. As “Preciosa,” “Silent Fire,” and “0-1 September” and several other music videos produced by Basile demonstrate, he possesses an unerring ear for melodic development, and a film scorer’s knack for evocative arrangement. Basile’s songs – all of which are the fruits of many years of labor – are brought to life by a talented, expressive group of world-class instrumentalists. He’s also enlisted the help, and the formidable interpretive abilities, many breathtaking singers, including Katie Jade, whose voice graces “Preciosa” and “Silent Fire,” and Cristina Caro, whose goosebump-raising turn on “0-1 September” is a perfect match for the song’s powerful sentiment. Here are vocal performances of tremendous beauty and sensitivity that effortlessly straddle the divide between classical music, orchestral pieces, and sophisticated pop.

Songcraft is more than accomplished music. These vocalists seek out something worthwhile to sing about and they quickly discovered Basile has meticulously crafted his lyrics to complement his crystalline melodies and gripping harmonies. “Preciosa” takes a cogent stand against sociological ignorance and argues, fiercely, for interpersonal harmony. “Silent Fire” is inspired by the plight of the oceans, and the cruelty of those who scoff at the ecological future. “0-1 September” is a tribute to the heroic generation that fought WWII. Basile has paired each of these songs with an elegant, poetic, dreamlike music video that underscores and deepens the themes. He has, in short, provided us with a complete package: art, and sound, and message, with every element working together to provide a single evocative effect. It’s a generous gesture from a late-blooming composer with multitudes to share.