“Powerful women throughout history are massively sexualised, even objectified. Is it because history is written by men? Or were these Empresses using their female prowess to rule the world?” Calista Kazuko 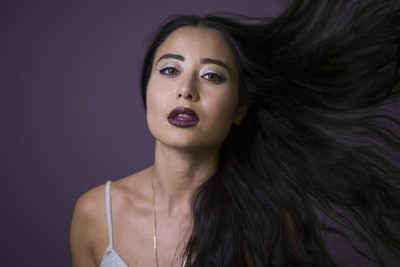 Calista’s highly anticipated debut album ‘Empress’ considers the stories of women in history to form this fearless, cinematic tribute to womanhood, self-love and empowerment. Co-produced by award-winning film composer Guy Dagul and recorded at London’s Rattle Studios, ‘Empress’ finds Calista continuing to modify the norms of modern songwriting with a characteristic mix of sensuality and sense of humour. Each track tells a story about a different Empress, resulting in a stunning concept album that challenges complex themes while never losing its sense of fun: the song ‘Cake’, for instance, finds Marie Antoinette on Tinder!

“Nostalgic musicality with a gritty edge, sophisticated and innovative” Get In Her Ears
“Darkly alluring, chic sonic bliss” Fame Magazine
“An undoubted talent ” Sir George Martin
“Grandiose and majestic” Conversations About Her
“Bow down to Calista Kazuko whose theatrical flair gives her power” Earmilk
“The femme fatale seduces her listeners into an unsettling and dark world” PureMZine