Growing up in a town filled with constant hardships, broken families, and a sense of hopelessness will suck the drive out of you unless you’re From Ashes to New, from Lancaster, PA, a band with an endless burning desire to bring some color into their gray world. As the band’s lineup frequently shifts, vocalist and sole constant member, Matt Brandyberry, quit his 9-5 to start the band despite the opposition he heard. The stability of From Ashes to New stumbled after a few band members abandoned the group after being signed to Better Noise Records. After pushing through, the rap-rock band formed a strong identity epitomized by their powerful songs about redemption, liberation, and personal salvation.

All of that pushing through eventually paid off, From Ashes to New has over 840,000 monthly listeners on Spotify, while their Day One album reached #53 on Billboard 200. Currently, the band comprises of Brandyberry (vocals, guitars, and keys), Danny Case (vocals), Lance Dowdle (guitar), and Mat Madiro (drums). Their second album, The Future, reached #163 on Billboard 200. 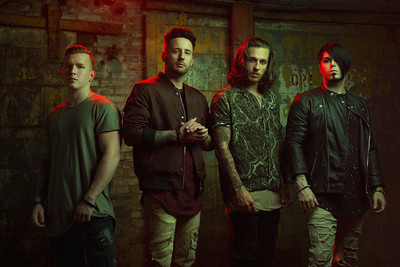 It seems that the relationships that make us question our sanity are the ones that are the hardest to get out of. In the music video for “Crazy,” the members of From Ashes to New are stuck inside an insane asylum, trapped in solitary confinement, pricked with needles, and taunted by mysterious female nurses. At its core, “Crazy” is about being gaslighted: all of your insecurities manifest to the forefront because the person you’re with is neither supportive nor validating. The toxic relationship feels like a trap, just like an insane asylum, where every day you fall deeper into the madness.