Violinist, singer, songwriter, and producer Sudan Archives has released a new single and video for “Glorious,” the second single from her debut full-length album Athena, out November 1st on Stones Throw. 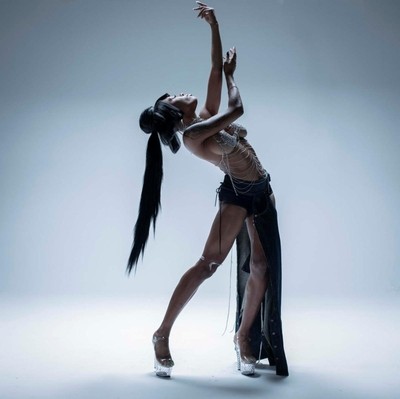 Following “Confessions,” the first single from Athena, “Glorious”, co-produced by Wilma Archer, builds on the album’s overarching theme of duality and features a verse from rapper D-Eight, who like Sudan originally hails from Cincinnati, Ohio. Mirror shots play with the theme of reflection and contrast, and Sudan’s own pet snake makes a cameo. She describes the snake as a “visual theme” for Athena: “He’s so sweet and cute, and he doesn’t want to hurt anybody, but everyone is afraid of him. I deal with that – men have told me, ‘You look intimidating’. Or someone will be like, ‘Smile!’ But I’m totally non-intimidating when you get to know me, I’m actually shy.”