Little Scream’s forthcoming record Speed Queen began as bits of prose written while touring Cult Following across North America—observing the slow entropy of the US, ruminating on her own low-income upbringing in a flyover state, and, as she says, “taking it all in from the privileged position of being a new Canadian.” 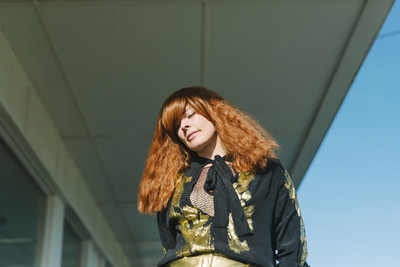 Ahead of that record’s October 25 arrival, Little Scream now shares “One Lost Time,” accompanied by some words about why listeners will find the names of indigenous territories in Speed Queen’s credits.