Tylynn is an independent American rapper/singer/songwriter and she is best known for her uniquely dominant hip hop and RnB style. Tylynn’s rapping and singing abilities are what some would call a rare commodity, seeing that she is equally skilled in both. With thousands of followers on Instagram and Facebook, Tylynn’s name and music are spreading like a wildfire. 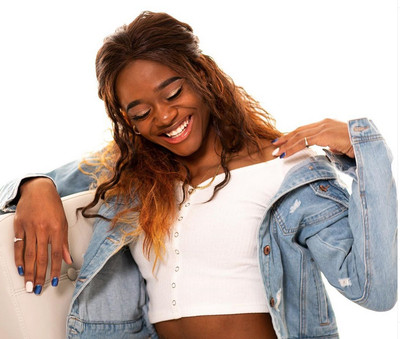 Tylynn has opened for artist such as Lil Baby, Kirko Bangz, Jaquees and others as well as headlined a festival in her hometown, Omaha, Nebraska. Since 2017 Tylynn has released a mixtape/project called “Alter Ego” with hit single “Just Yet”, and an EP called “The Introduction of Tylynn”. Recording for the very first time with her mother at the young age of 6 years old, Tylynn’s love and passion for music only grew. However, she put music on hold to get her bachelor’s degree, which she accomplished in 2016. During her college years she was also a Division 1 triple jumper for her school.

Tylynn has also been featured on “Viral Trends” Youtube page for a Cardi B rap challenge she did on Instagram, which now has accumulated over 1.2 million views. There is no doubt that Tylynn is a star in the making and one to surely watch for.”