K-Brown begins his single, “The One,” with the paraphrase of a cliché. “Time only flies,” he reminds us, “when we’re having fun. It’s a simple introduction to a relatively simple song. Simple is not always a bad thing, however. Don’t forget that the Ramones basically played the same simple song over and over throughout their career, although the words changed from song to song. However, this was one fantastically repetitive song. This is also the group, after all, credited by many with inventing punk rock. That’s not a bad resume credential. They found one new, unique groove, and stuck with it for a whole career. People still love those old Ramones songs. 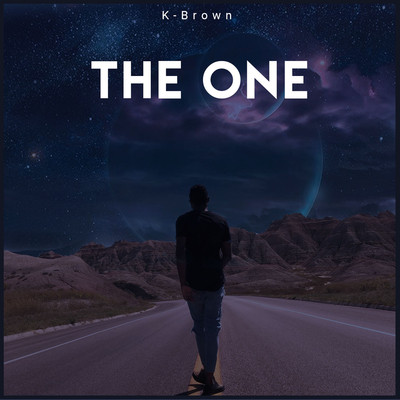 In contract – and this may be stepping on a few toes – some folks dearly love progressive rock music. Progressive rock is notable for its unusual chords and melodies, and complicated time signatures. The lyrics are nerdy and wordy, too. These songs are not, however, ones for toe-tapping and singing along. They’re for brainy meditation, instead, if you’re into that kind of thing.

K-Brown’s song, while simplistic lyrically and musically, is nevertheless catchy as hell. It bumps along to a handclap beat, with a pop-y keyboard melody that gets stuck in your head and won’t let go. You don’t want it to let go, though, because it puts a smile on your face. Don’t tell me you don’t want a smile on your face! We all want to smile, and K-Brown gives us something too smile big about.

This song’s vocal has an island vibe to it. K-Brown may be based in England, but he sings these words with a distinctly Caribbean Island accent. This factor only adds to the song’s overall joyfulness. It creates the sort of song you can well imagine singing and dancing to while on a sea cruise to Kingston.

The song is not overly complicated, lyrically. It’s chorus pretty much says it all. This guy is subtracting any and all competitors for his love. He’s the one and only, and any others need not apply. The song’s verses don’t really say a whole lot. In fact, many of them are just so many clichés that fit into the song’s rhythm. Then again, this isn’t a song for deep thinking. Instead, it’s a song to move to, smile to and forget your troubles to. It’s not going to go in depth about the complexities of relationships. You won’t learn anything new about love and romance. You’ll just feel good, and if you have a dance partner, you’ll both be feeling good together.

Just as it’s tougher to be a comedian than a dramatic actor, at times, it’s similarly tough to create happy music. Yes, there is a place for everything – the whole spectrum of emotions in music. The world needs more happy music, though. Music like this song can be a distraction from all the darkness in our world. Focusing too much on all the badness on Earth will kill you, if you let it. Therefore, why not take a break? Let this music bounce along playfully and hearken back to those days of childhood when simple things could make you happy. If you’re looking for a new distraction, K-Brown just might be the one.